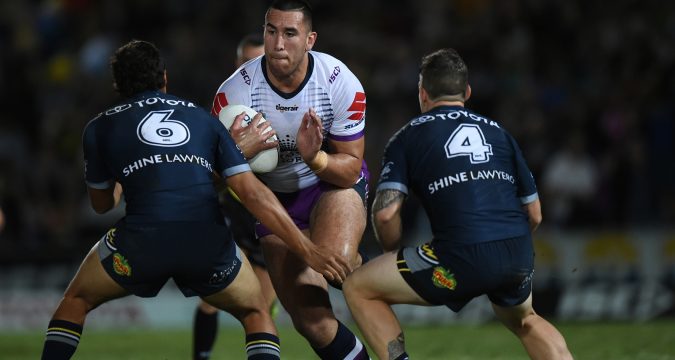 In the early stages, North Queensland decided to take two points for an early lead but Johnathan Thurston’s kick hit the post.

After a half full of errors, Cameron Smith finally broke the deadlock. He ran out of dummy half and took on Thurston and beat him. But Cameron Smith’s conversion attempt also hit the upright.

Eight minutes into the second half, the Storm extended their lead to six through the boot of their captain Cameron Smith.

But the Cowboys clicked into gear. Kyle Feldt took Te Maire Martin’s kick, spun and planted the ball down. Thurston’s side line-conversion levelled the scores.

Cameron Munster edged the Storm ahead with a field-goal and the Cowboys couldn’t recover.