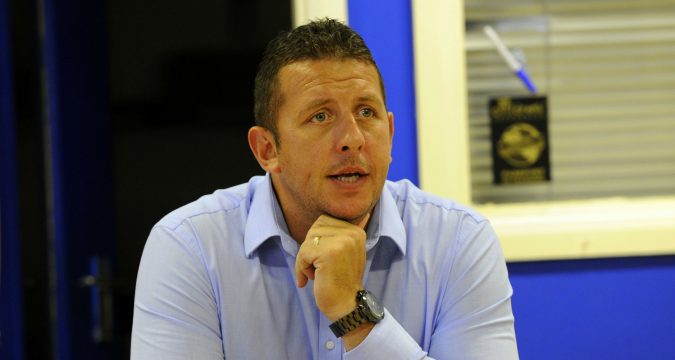 Neil Jukes has resigned from his role as Leigh Centurions head coach.

The 41-year-old had been in charge of the club since the beginning of the 2016 season but has departed after three defeats in the club’s opening four games of the season.

Kieron Purtill will take caretaker charge as the club plans its next move, with long-serving coach Paul Anderson working as his assistant.

Jukes was thrust into the position as head coach on the eve of the 2016 season, following the shock resignation of Paul Rowley. However, he guided the club back to Super League as they won the Championship and subsequently eased to promotion in the Qualifiers after winning six of their seven games.

However, the Centurions suffered relegation in 2017, with their one-year stay in the top flight ending after defeat in the Million Pound Game to Catalans.

Following relegation, the Centurions made wholesale changes to the club’s playing roster, with 19 new players being brought into the club.

The club were strong favourites to win the league but defeats to Toronto, Barrow and Toulouse have left them languishing in ninth place.

The final straw came on Sunday as the Leythers surrendered a 26-16 lead against 12-man Toulouse, which resulted in the side being booed off and fans calling for Jukes and Keiron Cunnigham, the club’s head of rugby, to resign.

Jukes offered to resign on Monday morning and club owner Derek Beaumont now plans to advertise the job in the coming weeks. There are no plans for Cunningham to leave the club or change roles within the club.

“Since returning to Leigh I’ve been part of this club for nearly ten years and I believe I’ve served it with distinction as assistant coach and head coach,” Jukes said.

“We’ve had some unbelievably great times that I will never forget and also some bad times, far worse than we are experiencing at the moment.

“What is important is to get the Club and the playing group to where it needs to be and there comes a time when everyone’s lifespan on the shelf comes to an end.

“I’m a genuine local guy and no one will be more pleased than me if we achieve our Super League goal this year.”

“I must admit that after hearing our fans boo and applaud the opposition I too considered my position at the club as I do not welcome people booing our players. I fail to see how that will get them to perform for the shirt.

“I had a very good meeting with the players this morning and they are up for the fight.

“I would ask those supporters who are also up for backing the club to come and support us in our next home against Featherstone Rovers this coming Sunday.

“And those that want to boo us please stay at home. I would rather take this fight on with one thousand people who back us than people who just turn up to support us in the good times.”