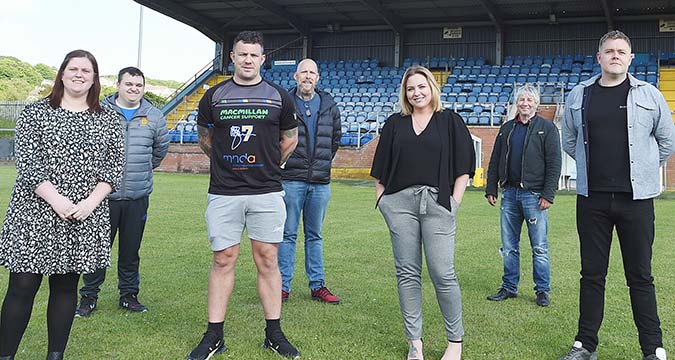 Whitehaven have announced a number of new board members that will help move the club forward.

Following the departure of several board members earlier this month, the club have appointed Lauren Allan, who has ben working at the club for several months, as a new director.

“I am excited to take up my new position on the board of directors after having a role in the club for the last nine months looking after their health and safety requirements and setting up the new Junior Fanclub,” said Allan.

“Whilst I will continue to carry out these roles, I will also be focusing on working with the many community groups and grassroots clubs in the area, involving them in what we do at the club and building on our family friendly ethos. I am a trained adult and youth mental health first aider and have already started working on initiatives to promote positive mental health and wellbeing, something I am extremely passionate about. I look forward to the challenge and thank the board of directors for inviting me to be a part of the journey as the club continues to grow and move forward.”

Allan will be assisted by the club’s former general manager Amanda Hewer, who has returned in an advisory role and will assist the club in meeting its obligations in compliance with the RFL and other bodies. Hewer is well respected throughout the Rugby League fraternity and the Board are delighted that she has offered to assist the club where she can.

“After two and a half years away from the club I am really happy to be back helping,” said Hewer.

“I am looking forward to working alongside the remaining directors, staff, players, volunteers and helping Lauren settle into her new role, it’s really good to see the Board having a female presence. I have already seen a lot of new and exciting things planned and I hope everyone can get behind us as we move this great club forward.”

As part of the reorganisation, Andrew Canavan will be stepping down as a director of the club and will now take up the new role of Chief Executive Officer. Two further appointments have been made with club legend, Craig Calvert joining the club as an ambassador and Grant Taylor coming in as a non-Executive Officer .

The club are hopeful of appointing a number of fans to work alongside the board in a liaison capacity, to assist the club in showing their supporters that they are trying to be as open and transparent as is possible.