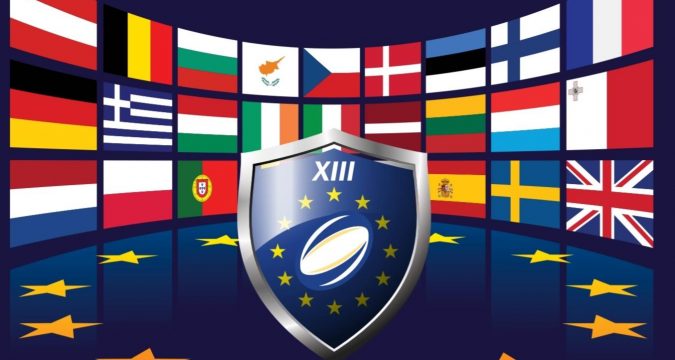 The team behind the planning of a new European Rugby League competition has insisted that they are happy to work with the Rugby League European Federation (RLEF), although they insist there is nothing in the RLEF’s constitution that prohibits new tournaments being created without their permission.
A row escalated last week when Euro XIII was unveiled, a concept that is welcoming invitations from teams all across the continent to enter a Cup competition in 2021 with the aim of introducing a league tournament for 2022.
Dean Buchan, the CEO of Valencia Huracanes, who are hoping to enter League 1 in the coming years, is one of the key figures behind Euro XIII.
And after the RLEF hit back at the plans by saying they were planning their own European competition and that Euro XIII would not be sanctioned, Buchan told League Express there is absolutely nothing in his eyes that requires sanctioning.
“Are other competitions such as Super League or World Club Challenge sanctioned by the RLEF? If other competitions are outside their mandate, why wouldn’t ours be?”
“However, even though it’s not in their constitution, we are in daily dialogue with them and we continue to invite them to be involved, because this is about developing European Rugby league, not egos. The lines have got very blurred very quickly and certain people have been stoking the fire due to self-interest. Let’s hope that stops and we can begin to work together.
“Our proposal is a development competition that will expand and grow in time if it is allowed to do so.
“We’re developing the game and that’s why I don’t really understand the heavy-handedness of the statement from the RLEF and the desperation of some members of the working group to create division. I just don’t see the conflict that some other people do.”
Buchan also said he doesn’t see a reason why Valencia applying for the 2021 Euro XIII Cup and continuing with their application to enter League 1 is a problem.
”One is not necessarily linked with the other and the RFL has already said that entry for 2021 remains out of Valencia’s grasp unless something happens to the other two applications. So why would applying to enter another tournament in 2021 jeopardise that?
“The RFL stand on the board of the RLEF and they would be aware of what we are doing. We haven’t acted secretly; we just have a different vision. We’re trying to create something that could have a long-lasting impact on European Rugby League. Why stop that? And if you do, then there is only one winner, and it’s not Rugby League.”