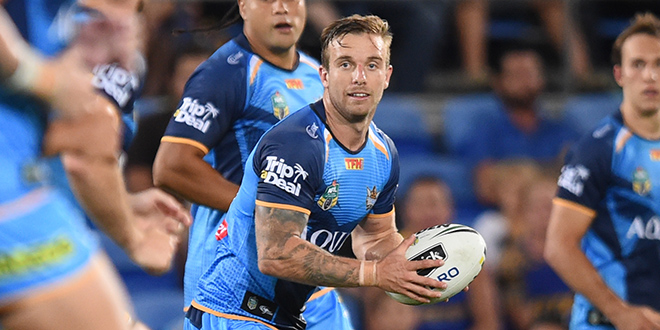 The NRL has announced that a local consortium  led by and Darryl and Joanne Kelly & Rebecca and Brett Frizelle will take over the ownership of the Gold Coast Titans when the NRL sells its stake in the club.

He claimed that there had been numerous parties interested in running the Titans, but the Kelly-Frizelle consortium had the proven track record that the NRL was looking for.

“We said all the way through this process that our primary aim was to ensure the Titans become a well run, profitable and successful club for their fans and the local community,” said Greenberg.

“And we have no doubt that can best be achieved under the direction of this consortium.

“It was Rebecca and Darryl who took over the running of the club when the Titans were placed in voluntary administration three years ago.

“They have restored the club to the positon where it has a strong future and there is no reason the Titans, with their strong grassroots base, shouldn’t go on to become a powerhouse of our competition.”

Greenberg confirmed that the NRL put other matters – particularly securing the future of the club and links with the local community – ahead of financial interests in making its decision.

“At the end of the day we all have one objective… to ensure the Titans are a successful club,” he said.

Darryl Kelly said he was confident the partnership with the Frizelles would stand the Titans in good stead into the future.

“I’ve been involved in this game throughout my life at a regional and grass-roots level, and while my time with the Titans has been challenging, I genuinely believe we can make a difference now that the ownership has been resolved,” he said.

Rebecca Frizelle said the agreement gave the four members of the consortium a chance to give back to the community.

“Securing the future of the Titans is a great way that our family, with the Kelly family, can ensure the future of an irreplaceable community asset like the Titans,” she said.

“Although the club will be privately owned by the Kelly and Frizelle families until it can become self-sustainable in the long term, it will always be community driven and eventually community owned.”

Titans CEO Graham Annesley said: “Once and for all we can say with absolute confidence the Titans are a permanent fixture on both the Gold Coast and in the NRL competition.

“The Titans’ brand, colours and venue are finally guaranteed and we can now get on with the job of realising the enormous potential of this club.”

Annesley said the four members of the consortium had enjoyed success in the business world and he had no doubt they would bring similar success to the Titans.

“Finally, I would like to sincerely thank the NRL and the ARLC for the incredible support they have provided over the last three years,” he said.

“Without that backing there is no doubt the Titans would not have survived and everyone associated with the club is extremely grateful.”