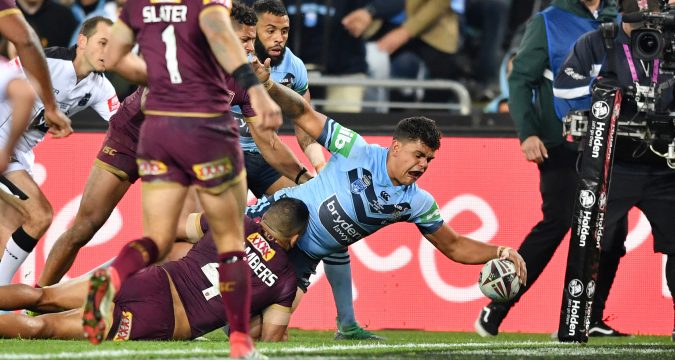 New South Wales sealed a first Origin series since 2014 with an 18-14 victory over Queensland.

Queensland started the game excellently. After Dane Gagai was denied early, Valentine Holmes was allowed to stroll in after Tom Trbojevic came in to tackle Greg Inglis.

Gagai got his try at the second attempt when he was able to palm away Josh Addo-Carr.

But Addo-Carr got his own back quickly. He got rid of Gagai and stepped inside to score.

NSW took the lead when Boyd Cordner was awarded a penalty try. He was taken out when chasing a James Maloney grubber kick.

NSW continued their good work in the second half. Their lead was eight when Latrell Mitchell fell over Will Chambers’ tackle to ground the ball.

This time, it was Chambers’ turn to reply. After a Mitchell mistake, Chambers got around the outside once again. Holmes’ missed conversion left the score at 18-14 to NSW.

With 12 to go, James Roberts was sin binned for a professional foul giving Queensland hope. But NSW hung on.