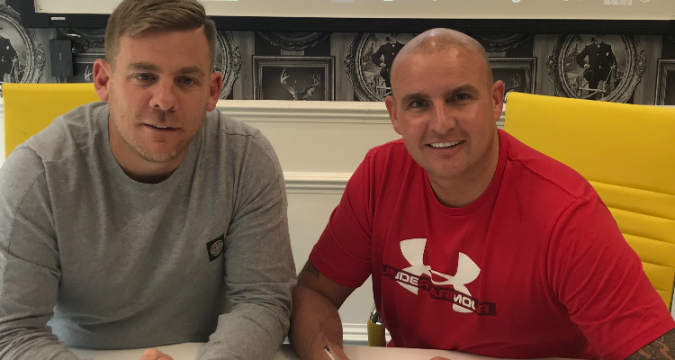 The man leading the consortium taking control of cash-strapped League 1 side Whitehaven insists they can become a stable Championship side within three years under the new ownership – and says if there is a big turn-up for Sunday’s game with Bradford, they will introduce permanently-reduced ticket prices.

Wigan-born businessman Stuart Harvey signed a letter of intent last week confirming he will invest a significant sum into the club if £60,000 is raised to cover a projected shortfall for this season: Harvey and his consortium will provide the rest of the cash to cover the entire shortfall.

And Harvey told League Express he sees huge potential for Haven under the new ownership, who have outlined a three-year plan for success.

“A solid, stable Championship club is where we can be within three years,” he said.

“If we do that, it will be fantastic – and we think it is doable. We want a good core of Cumbrians in the side, and we’ll be committing to under-16s and under-19s programmes to make that happen – similar to Barrow, in a way that it’s not funded by the RFL. If we replicate that, we’ll be doing okay – and we’ll be having a women’s side within the next three years too.

“The town of Whitehaven has got huge potential compared to other areas. We’re going to bring the glory days back to Haven.

“Some new voices can drive this club forward. It needs to be treated like a business; and there will be three years of losses initially – but we will cover that shortfall to make sure Carl (Forster, coach) has got a squad to compete almost immediately.”

Harvey and the new consortium have slashed admission prices to £10 for the visit of the league-leading Bulls on Sunday – and he insists that if there is a big crowd, it will become a permanent arrangement.

“The board are behind it – we want to bring £10 tickets back as the benchmark. If people support it for the Bradford game, we will roll it out for the rest of the season. We want 2,000 people in the Rec, which hasn’t been seen for a number of years. With a huge following hopefully from Bradford – what better way to launch the new era at Whitehaven?”

As of Sunday, the amount raised by Haven supporters has already broken through the £30,000 mark – and Harvey admitted he and his consortium have been “blown away” by the support of the town.

“Did we think they would deliver? Yes – but probably not on that volume so quickly,” he said.

“We’re absolutely blown away: and it shows the potential in the club and the area. Success for us by the time we reach the end of our initial three-year plan is, as I said, a mid-table, of even play-off contending, Championship side with 1,500 people watching us.

“The outgoing directors and board, I want to thank. They’ve put their bodies on the line for that club and we want to do them and the town of Whitehaven proud. We’ve got a great coach in Carl, some great lads and I think Fozzy can get them into the play-offs this year.”