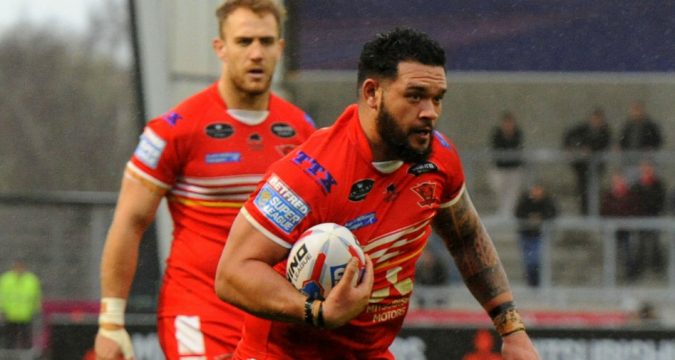 He hasn’t played a single game for Warrington yet – he hasn’t even joined up with them for pre-season training – but Ben Murdoch-Masila has already attracted interest from the NRL.

The Wolves’ latest star has earned plenty of plaudits for his involvement in Tonga’s progression to the World Cup semi-final and is likely to feature against England in the weekend’s semi-finals.

However, Warrington fans will be hoping “Big Ben” has a stinker against England, not only because it will help Wayne Bennett’s side reach a World Cup final for the first time since 1995, but also because it may put off NRL clubs from pursuing a deal.

Murdoch-Masila’s agent, Mario Tartak, told NRL.com that he has fielded plenty of interest in the Tongan powerhouse.

“Ben has been one of the best in the World Cup and there have been a lot of enquiries from NRL clubs about him, but he is currently signed with Warrington,” Tartak said.

“He loves it over there [in Super League] and he has signed a really good deal.

“If something astronomical comes up here, then we would think about it.”