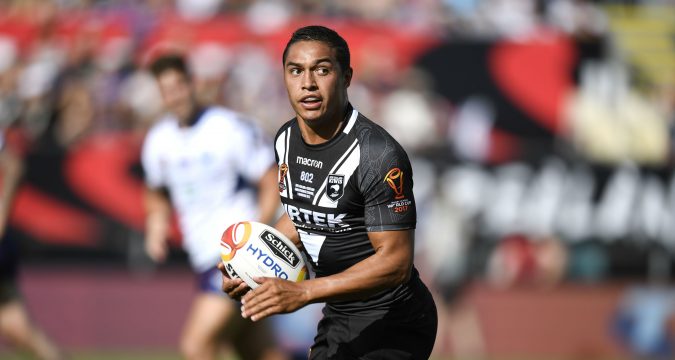 Scotland’s hopes of World Cup qualification are over after being thrashed by New Zealand 74-6.

The Bravehearts, who had lost heavily to Tonga in their opening game, conceded 14 tries as the Kiwis ripped Steve McCormack’s side apart at will.

After a strong start, Scotland conceded the first try as Kenny Bromwich barged over in the ninth minute.

Kenny Bromwich storms over the try-line in the first half.#NZLvSCO#RLWC2017 pic.twitter.com/x9mE4JXbY9

By half-time it was 28-0, as debutant Jason Nightingale (2), Joseph Tapine, Maire Martin and Hiku all scored.

The second-half saw the Kiwis score eight tries. Russell Packer get the scoreboard moving and further tries through Maire Martin, Whare, Hiku (2) and Shaun Johnson made it 64-0.

Scotland would hit back through halfback Oscar Thomas for a consolation try, but Maire Martin restored order before Elijah Taylor wrapped up proceedings.