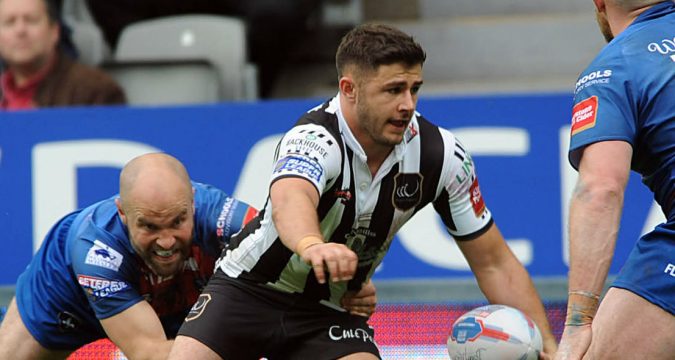 Johnson, the former Warrington winger who can also play at fullback, joins the club after a spell in the Championship with Widnes Vikings.

He had agreed to join Ottawa Aces in 2021 but their deferral from League 1 left him a free agent.

“Thunder is a club that I’ve been interested in for some time,” he said.

“It’s got exciting ambitions and the direction it is looking to take is really appealing.

“I know Denis well from when I played for him at Widnes and have kept in contact with him since then, which has made coming to Newcastle the right opportunity and the right time.

“I can’t wait to get going. It’s been such a weird year for everybody and I think everyone is going to be eager to get back.

“I’m excited by who I’m going to be playing with next year and gelling well with them. We’ve got some good combos there and we’re all fairly young, so there is scope for us to grow and develop as a really good team and to do that as the club does as well.”