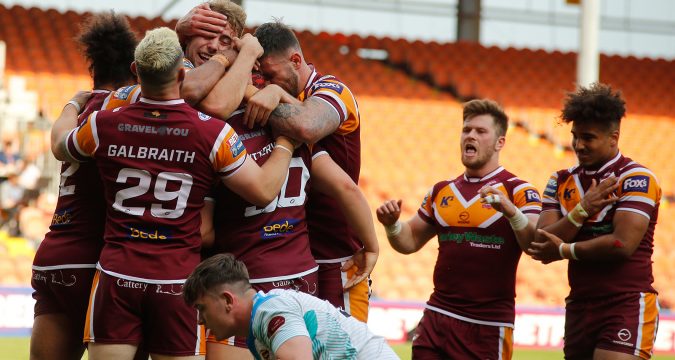 Batley Bulldogs chairman Kevin Nicholas says the club has “as good a chance as any” of surviving the current situation.
In a detailed statement to supporters outlining the Bulldogs’ position, Nicholas says the way the club has been run under his tenure will serve it well for what lies ahead.
But he also insisted they are not underestimating what is unfolding for all clubs.
Nicholas said: “We have not supported this club all our lives and the present board and officials have not worked tirelessly now over 22 years for us now to lose everything.
“So one way or another we can say that Batley Bulldogs will survive as a semi-professional club that the town and all connected with it can be proud of.
“Let’s get that perfectly clear to everybody who wants to know.
“Next, and continuing on a positive note, we are in a position to believe we have got as good a chance as any club because, firstly, we own our stadium free of mortgage, so we have a base at arguably the oldest ground in world Rugby League.
“And secondly, as we speak, because of the way we run the club, we are not burdened with significant debts, so we go into this crisis on a sound financial footing.
“Not all clubs can say that, but we can and do.
“Having said that, by no stretch of the imagination will it be easy and we know there are testing times ahead as we face a period with no income. And we do not have the luxury of savings we can fall back on to ride the storm.
“We will rely on the government measures already announced and any others on the way.
“We will also rely on support from Sky and the RFL.
“I should add that I believe Ralph Rimmer and the RFL are working tirelessly to get everybody through this as best they can.
“So we need help, but we also have to help ourselves to get through this period and come out the other side as best we can.”
Nicholas says the club will use the time without matches to further enhance its Fox’s Biscuit Stadium, maintain social media activity and start initiatives such as a weekend “half-time draw” which offered supporters the chance to win £100 by buying a £2 ticket.