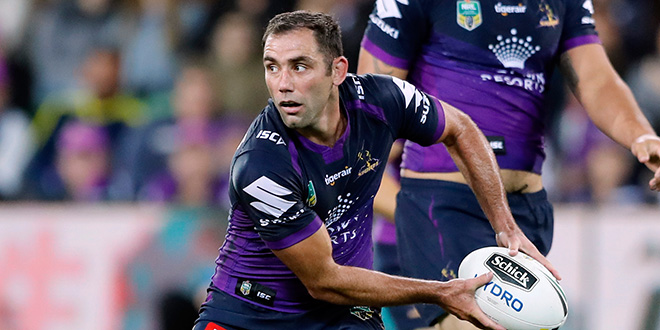 The NRL, in an effort to halt falling attendances at some venues, will stage four double headers across four Australian and New Zealand cities as part of the 2018 NRL Telstra Premiership.

Three established venues – Sydney’s ANZ Stadium, Auckland’s Mt Smart Stadium and Brisbane’s Suncorp Stadium will host double headers, along with the newly built Perth Stadium, all in the first 10 rounds of the 2018 Premiership.

It will be the first time in the history of the NRL four double headers have been a part of the schedule.

The double headers will feature:

South Sydney Rabbitohs v Warriors and Canterbury-Bankstown Bulldogs v Premiers Melbourne Storm at the new Perth Stadium in Round One on Saturday, March 10;

NRL CEO Todd Greenberg claims that the double headers will add an exciting element to next season’s schedule.

“We will have double headers in four major cities – three in Australia and one in New Zealand,” he said.

“This is a huge step for the game and I’d like to thank the clubs involved for their efforts to embrace the concept and ensure the matches eventuated.

“This is also a direct result of us having more control over the Premiership schedule in 2018.

“We have had significant success with double headers at Suncorp Stadium in recent seasons and this is a natural progression.

“It will create more blockbuster events for our fans in 2018.”