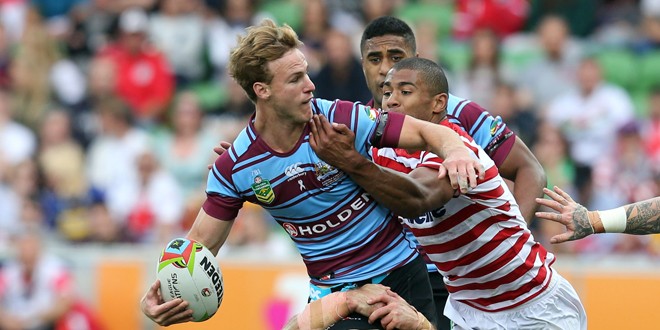 A week after the NRL revealed that the current “Round 13” rule was fast becoming outdated, they have begun looking at new strategies to better handle player transfers.

The Round 13 rule was initially designed to allow clubs a chance to provide counter offers to current players who had agreed to terms with another club, but has since become more or less, a cooling-off period for players.

The last time the game had a draft system in Australia was in 1991 and it was killed off by one player, Terry Hill.

Terry Hill agreed to play for the Western Suburbs Magpies but was drafted by Eastern Suburbs. He contested the drafting in court but the judge ruled against him, however the High Court overturned that decision several months later.

With the NRL also set to begin negotiations over the next broadcasting package soon, a televised draft and an expanded competition with two new teams may help to increase the games value even further than expected.

It is unclear as to when the draft would be implemented and what the mechanics of it would be, but many people closely involved with the game have been pushing for alternatives to the ‘Round 13’ rule for many years and it seems evident that the Daly Cherry-Evans saga  has been the catalyst for the change.

Cherry-Evans signed a 4 year multi-million dollar deal with the Gold Coast Titans from 2016, while still at Manly, however there have been rumours he is considering to walk away from the deal and stay with Manly.