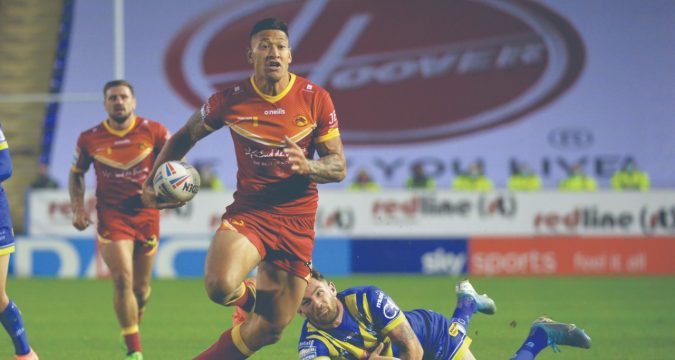 The NRL’s St George Illawarra Dragons have pulled back their projected offer of a two-year contract to Catalans Dragons star Israel Folau, after reportedly receiving a backlash from their supporters objecting to the proposed signing on the basis of his homophobic Instagram posting that claims that hell awaits gay people.

Reports had suggested that Folau had been offered a contract for the next two seasons worth $1 million, although the Catalans had objected to the fact that he still has a year to run on his contract with the French club and were demanding a transfer fee of around $200,000.

But now the St George Illawarra club have apparently pulled out of the deal because of the perceived damage to their brand that would result in signing Folau.

The club had made overtures to the Australian Rugby League Commission, who had been due to debate the signing at their meeting this Thursday, and it is thought they may still discuss Folau on the basis that another NRL club might make a move for him.

Meanwhile Folau has received support from NSW Origin coach Brad Fittler, whoi would like to see him back in the NRL.

“I don’t necessarily listen to anything he says because I don’t have social media and I am not over any of that.

“It is going to be up to the game to decide if he can play and I hope he can because I like watching him play. The couple of times I saw him play he looked as good as ever. I think he will make an impact straight away.”