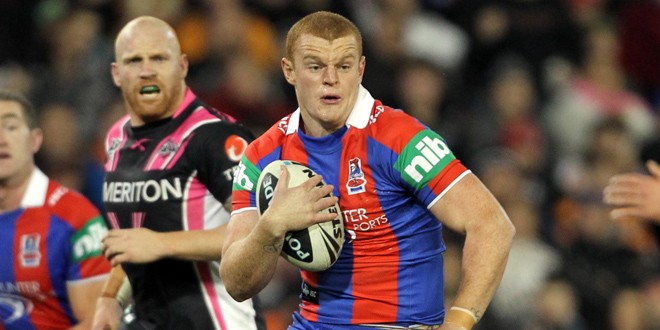 The NRL are considering awarding a medal named in honour of Alex McKinnon to the man of the match in New South Wales’ annual City-Country fixture.

Recognised as a trial for the State of Origin matches in Australia, City-Country sees a side representing Sydney’s metropolitan area go up against the remainder of the New South Wales state. McKinnon, a promising young Newcastle back-rower who represented Country in 2013, had his career cut tragically short last month after landing on his head in a tackle.

This award would be the equivalent of the Harry Sunderland or the Lance Todd trophies, which are given to the star performers in the Super League Grand Final and Challenge Cup final.

The next City-Country match takes place on May 4. Terry Quinn, chief executive of the Country Rugby League, said: “Being an NRL player who put so much into the game at a young age, it would be appropriate. He’s a good, young kid and it’s a terrible thing that’s happened to him. It’s an unfortunate part of our game.”