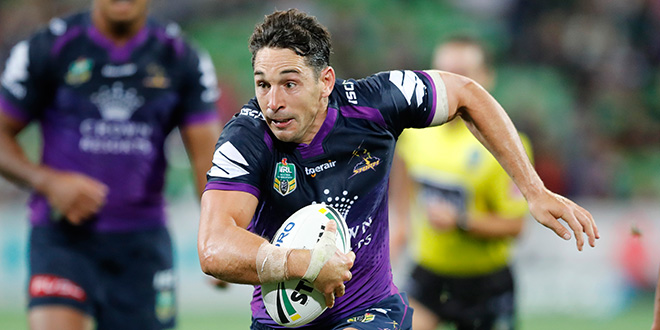 The NRL will pay tribute to 15 retiring players during the build-up to the 2017 NRL Telstra Premiership Grand Final between Melbourne Storm and North Queensland Cowboys at ANZ Stadium on Sunday (October 1).

Having lifted the Premiership trophy on Grand Final Day last year, former Sharks hooker Michael Ennis will be part of the celebration of retiring and departing players.

Several former Super League players will be included in the parade, as well as Bryson Goodwin, who is leaving the NRL to join Leigh Centurions.

“We have Premiership winners, Test and State of Origin representatives in this year’s list of retiring and departing players,” NRL CEO Todd Greenberg said.

“The tribute to our retiring players is one of the real highlights of Grand Final Day. Although we are always disappointed to know we won’t be seeing these players on that stage again, it is rewarding to be able to celebrate their achievements.

“I also know that a number of these players will play important roles in the game even after their retirement from playing.

“Our class of 2017 have contributed to Rugby League enormously and it’s comforting to know that they will continue to do so.”

Fans are encouraged to be in their seats by 6.30pm to see the pre-match entertainment, headlined by Grammy Award-winning artist Macklemore, who will sing five of his biggest hits, including ‘Same Love’, which promotes the idea of same-sex marriage equality.

The choice of Macklemore has provoked controversy in Australia, which former Prime Minister Tony Abbott accusing the NRL of politicising the Grand Final, given the upcoming Australian referendum on whether same-sex marriage should be legalised.

The NRL, however, through its chief executive Todd Greenberg, has recently come out in favour of the ‘Yes’ campaign for same-sex marriage.

Macklemore acknowledged that some Australians had objected to the prospect of his performance at the Grand Final.

“I’m getting a lot of tweets from angry old white dudes in Australia,” he said, laughing, in an interview on American TV.