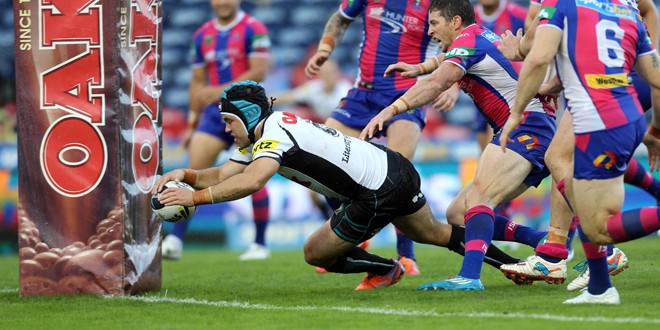 What were the scores?
Canterbury thrashed Gareth Widdop’s Dragons 38-6 and the Panthers won in similar style, taking down the Knights 32-10

Any interesting stats?
Bulldogs V Dragons
Trent Merrin and Mitch Rein (both St George) led the tackle stats with 47 and 46 respectively. For the Bulldogs, Michael Ennis (31) and James Graham (29) did the most work in defence

Josh Reynolds and Tony Williams (both Canterbury) led the metres gained stats with 185 and 156 respectively. Josh Dugan (139) and Brett Morris (102) were the pick of St George’s attack

Canterbury made nearly 800 more metres than the Dragons (1812-1041) and four times as many line breaks. They also made 12 more offloads

Panthers V Knights
Adam Cuthbertson (Knights) made 52 tackles and was the stat leader. Team-mate Kurt Gdley was second with 48. Penrith’s James Segeyaro made most for his side with 39

Penrith’s Josh Masour made a whopping 248 metres. Kade Snowden did best for the Knights, making 158