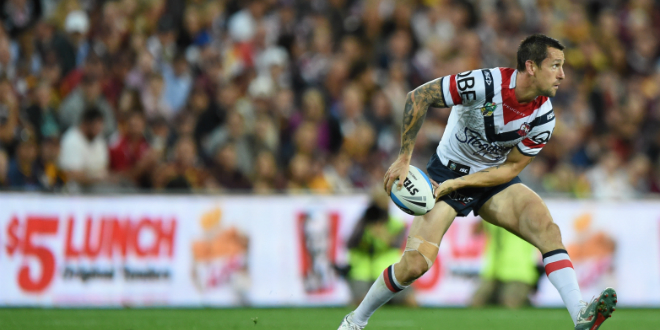 Sydney Roosters captain Mitchell Pearce’s NRL career has been thrown into doubt after controversial footage emerged of him in Australia.

Pearce was caught on camera simulating a lewd act with a dog, reports the Sydney Morning Herald, during the celebrations for Tuesday’s Australia Day.

The video emerged on the Nine Network’s A Current Affair programme, and the NRL has asked for an urgent report into the incident.

The Roosters released the following statement: “The Sydney Roosters are aware of an incident involving Mitchell Pearce. The Club has advised the NRL’s Integrity Unit. The Club will conduct an internal investigation and will be making no further comment at this time.”

Pearce is no stranger to controversy, and the NRL could come down heavy on the half-back and Roosters skipper. The league is also akin with such scandal; two current Super League players being involved in off-field scandals in the past – Joel Monaghan and Todd Carney.