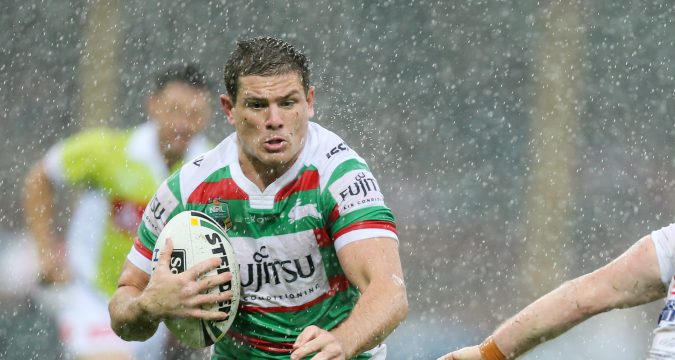 Former South Sydney star Paul Carter has admitted himself into rehab after being sacked by the Rabbitohs.

Carter had his contract terminated after failing to turn up for training after reportedly having a night on the alcohol, and has now admitted himself into a rehabilitation clinic in Thailand.

It is not the first time that Carter has been in alcohol-related trouble. In 2014 he was sacked by Gold Coast Titans for a string of drink-driving offences.

After the Rabbitohs handed him a lifeline, it appeared that he was back on track after, as just last month he signed a contract extension with the club until the end of 2018. However the club hierarchy has now ripped up that agreement after his recent actions.

Carter has now checked into the same clinic that Mitchell Pearce went to after he was filmed taking part in a lewd act involving a dog on Australia Day.

“The board has made a decision today to terminate Paul’s contract immediately as a result of his recent conduct,” Rabbitohs chairman Shane Richardson told the Daily Mail.

“We have given Paul all of the support, and every opportunity, to get his career and life back on track but, unfortunately, he has been unable to meet the standards we had agreed when Paul joined the club.

“This is a bigger issue than football for Paul. Needless to say, we will continue to provide welfare, support and assistance to Paul in his continuing rehabilitation.’