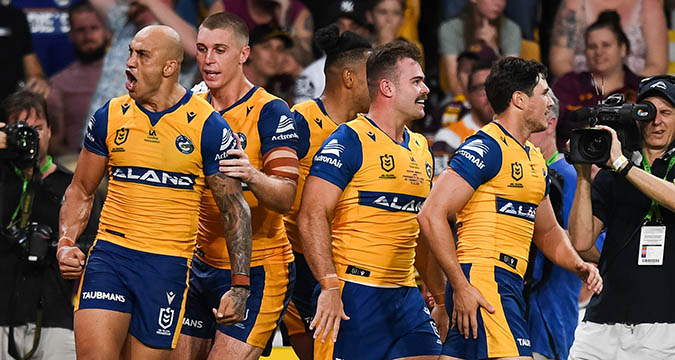 Parramatta Eels produced a remarkable second-half comeback to open their NRL campaign with a victory, as life at Brisbane under Kevin Walters quickly went from dreamland to nightmare.

The Broncos finished bottom of the league with just three wins last season, and it looked like a coaching change from Anthony Seibold to Walters had had the desired effect. Tries from former Catalans Dragons winger David Mead, and a brace from Xavier Coates helped steer the Broncos into a 16-0 lead after just half an hour.

Walters’ side held on to this lead as the Eels made numerous mistakes in the opening 40 minutes, but once they found their feet after the break it was a very different story.

They quickly turned on the style and started to undo the Broncos defence, and within 20 minutes of the restart the Eels had their noses in front thanks to tries from Reed Mahoney, Clint Gutherson and Blake Ferguson, all three of which were converted by Mitchell Moses.

As in 2020, the half-time break proved Brisbane’s undoing as the Eels had all the possession and momentum after the break, and sealed victory with a minute to go.

Junior Paulo barged over next to the posts to give Moses an easy conversion to complete the Eels’ memorable comeback. 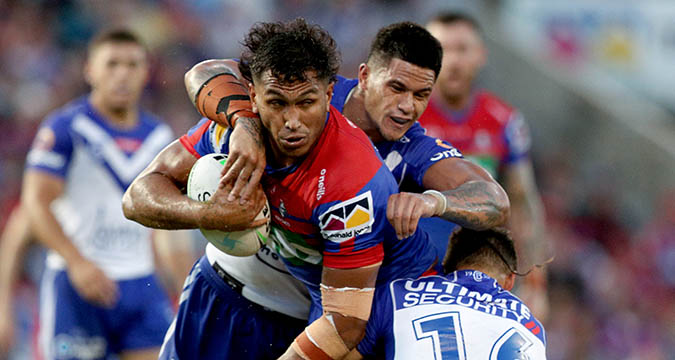 In Friday’s other fixture, New South Wales prop Daniel Saifiti (above) had a day to remember in Newcastle Knights’ 32-16 win over Canterbury Bulldogs.

The co-captain was making his 100th NRL appearance and marked the occasion with a rare brace of tries as his side beat the Bulldogs on home soil for the first time since 2013.

It was however Canterbury that took an early lead when Dallin Watene-Zelezniak crossed within the first five minutes, but the Knight came out on top at the break after a close first half.

Saifiti, Starford To’a and Mitchell Barnett crossed for the hosts, with Adam Elliott adding another score for the Bulldogs to make it 18-10 at the break.

Newcastle increased their lead in the second half through Saifiti’s second and a Bradman best effort, meaning Watene-Zelezniak scond for the visitors five minutes from time was purely a consolation score as the Knights kicked off the new campaign with a 32-16 win.

For full reports from these games, and the rest of the NRL games this week, see League Express on Monday