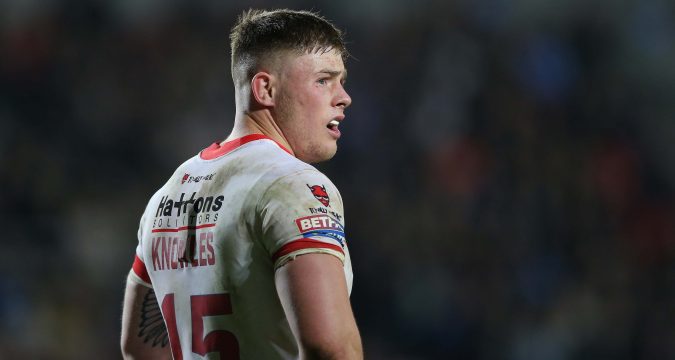 Morgan Knowles is set to make a first appearance of the season when Super League leaders St Helens aim to extend their 100 percent start to the season against Salford on Monday night.

But his fellow England World Cup hopeful Tommy Makinson faces at least a fortnight – and possibly a month – on the sidelines because of a persistent foot problem.

As spectators return to the Totally Wicked Stadium, albeit in limited numbers, so will forward Knowles, who has recovered from a thumb operation.

“I would expect Morgan to play,” said coach Kristian Woolf of the 24-year-old Cumbrian, who has previously represented Wales.

“It is great to have him coming back. I have no concerns over Morgan’s fitness and physicality and how he will play his first game.

“He is a special player in that sense in that there are not too many who work as hard and play with that level of intensity and toughness.

There is also some positive news on prop Louie McCarthy-Scarsbrook, who went off during the Challenge Cup quarter-final win over Huddersfield, Saints’ seventh in seven this season, with a head knock.

“Louie is fine,” explained Woolf. “He was not able to go back on against Huddersfield because he stumbled when he played the ball.

“Under the rules, that is an indication of concussion, but he passed all his tests and recovered really well.”
Makinson, who lasted just three minutes of his first appearance in three matches against Huddersfield, does not require surgery, but still faces another spell out.

“It is not quite the same injury as the one he has just come back from, but it is in a similar area,” said Woolf.

“Overall the news is pretty positive considering what we thought he might have done and what it has ended up being.

“It is going to be in the vicinity of two to four weeks.”