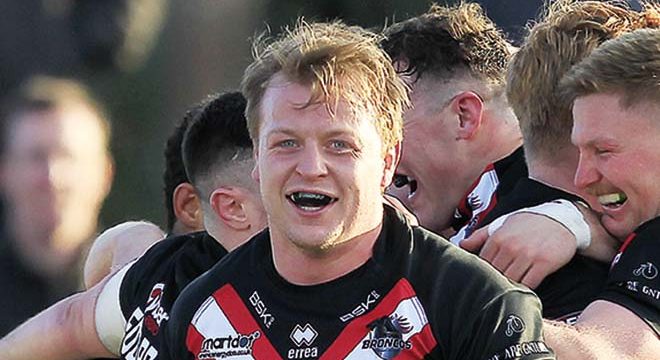 Two prop forwards are on the move as Wakefield Trinity prepare to add London forward Eddie Battye to their squad.

TotalRL understands the Broncos powerhouse is set to join the Super League club on loan for the remainder of the season as Chris Chester looks to add reinforcements to his squad for the rest of the campaign.

Once that deal is completed, it would see George King head to Hull Kingston Rovers immediately, with the forward already agreeing to join the Robins for the 2021 season.

Battye hasn’t played for almost six months after the Championship season was abandoned, but his arrival will see the 29-year-old return to the top flight after impressing for the Broncos last year as they suffered relegation from Super League.

The prop, who scored twice for London when they defeated Wakefield on the opening day of the season, was an ever-present last year.

Wakefield were linked with a move for Battye late last year and Chester has finally got his man, albeit on a short-term deal. Battye is contracted to London next season.

Meanwhile, King hasn’t played for Wakefield since the season restarted and his departure will see him get to grips with his new club earlier than expected.

He will link up with Tony Smith for a second time after playing under him at Warrington. During his time at the Wire, King played almost 100 games, including four major finals.

Wakefield haven’t won since the season restarted and are joint bottom of the competition.