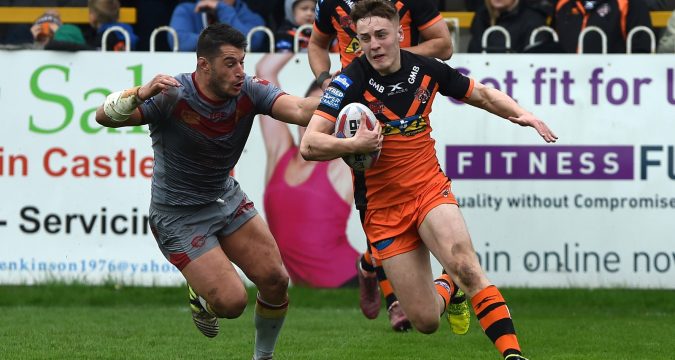 Castleford are reeling off wins nicely and came up with our most impressive win yet against Catalans. We weren’t fantastic in attack but managed 41 points but the most pleasing aspect was the zero conceded. I believe other teams now respect us as a good team but some fans have thought of us as one season wonders especially after round one against St Helens.

We’re close to having our strongest team out their with the exception of Greg Eden. When players like Junior Moors can’t get in the 19 man squad you pretty much know Powell thinks the selected 17 are doing a really good job at the moment.

Jake Trueman continues to impress at fullback and Ben Roberts had his best game at stand-off. It was also the best game I’ve seen in a long time in terms of our kicking game, it was a masterclass. Wigan are also going about their business quietly, they have a great team and threats all over the park. We tend to always lift for Wigan away, especially on a Friday night under the lights.

Cas to win in a close nerve-racking game. Cas by seven.