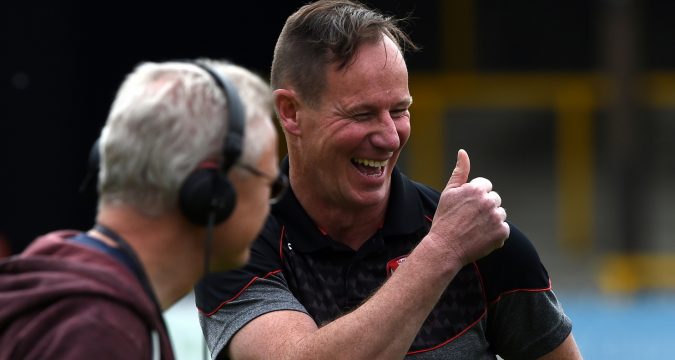 The Rugby Football League have revealed that over 20,000 tickets have already been sold for August’s Challenge Cup semi-final double-header in Bolton.

St Helens face Catalans before Warrington take on Leeds to determine which two sides will walk out at Wembley in the season’s showpiece finale at the end of August.

In a historic move for the cup, the RFL announced earlier this year that the two semis would be played back-to-back on the same day, the action taking place on Sunday August 5.

The Rugby Football League have now released further Category 3 tickets in the West Stand available to purchase via rugby-league.com/tickets.

St Helens have sold out of their allocations in the lower tier and the East Upper with a further block now released in the North Stand Upper.

Warrington Wolves have sold out of lower tier seating and have secured additional blocks GU2 and FU1 behind the sticks in the South Stand at Macron Stadium. A limited number of tickets are also still available in block GU1.

Leeds Rhinos have a limited availability of Category 1 (half way line) tickets in the West Stand, Category 2 tickets on sale in the West Stand towards the corner and Category 3 tickets available to purchase behind the sticks in the North Stand.