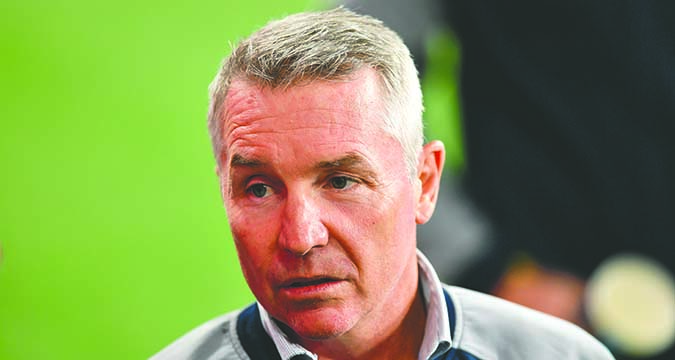 Former North Queensland Cowboys coach Paul Green has been appointed as the new Queensland coach for this year’s State of Origin series.

Green, who won the Telstra Premiership with the Cowboys in 2015, but left the club in July last year after just ten games of the 2020 season, will replace coaching icon Wayne Bennett as the Marroons’ new coach, after Bennett’s side sensationally won the 2020 Origin series 2-1, clinching it with a victory in front of a full house in Brisbane in November. This year the State of Origin series will revert to its traditional mid-season position.

Green has been given a one-year contract with a one-year option exercisable by the QRL.

Green will begin his new role on Friday and he will immediately focus on putting together a coaching support team and that is likely to include former Queensland superstar Johnathan Thurston, with Green saying that his support staff will be finalised “over the next couple of weeks”.

Green has been seen as a potential candidate should any NRL jobs become available as the season unfolds, but for now he insists his focus will only be on this year’s series and building on the foundations created in 2020 under Bennett, who gave Origin debuts to 14 players and had to cope with an injury crisis that robbed him of leading playes Kalyn Ponga, Michael Morgan and David Fifita.

“I was lucky enough to play in the 2001 series and last year had a lot of parallels to that series,” said Green.

“I learnt a lot from Wayne but you have to be your own man as well.

“Wayne and Mal (assistant coach Mal Meninga) did a tremendous job last year and it’s a wonderful thing to be coming into.

“Some of those guys will get so much confidence out of last year and the fact that some of those young guys got that experience, I think it’s a good platform to build on. I’m looking forward to working with them.”