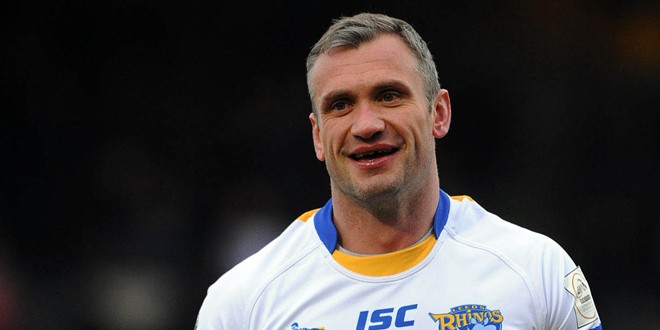 Four Super League players have been shortlisted for the Steve Prescott Man of Steel award.

Peacock and Roby are both former winners – Peacock in 2003 and Roby in 2009, while Clark and Hill are both shortlisted for the first time. Clark is also among a three-man shortlist for Young Player of the Year.

Peacock is shortlisted for the Man of Steel for the third consecutive year and both he and Roby are looking to become only the fourth player to win a second Man of Steel Award.

The Steve Prescott Man of Steel is chosen by a poll of every Super League player, the results of which are considered by a specially-convened panel featuring a former Man of Steel, representatives from the players’ union and one representative each from the written and broadcast media.

This year for the first time the Man of Steel award has been renamed in memory of Steve Prescott, who passed away almost 12 months ago after a battle against a rare form of stomach cancer.

The 2014 Steve Prescott Man of Steel will be named at a gala dinner hosted at The Point, the Old Trafford home of Lancashire Cricket Club, on Wednesday October 8, when a number of other Super League awards will be presented, including Coach of the Year and Young Player of the Year.

In addition to Clark, the other two nominees for the Young Player of the Year award are Wigan centre Dan Sarginson and Leeds Rhinos stand-off Liam Sutcliffe.

Players have to be under 21 years of age at the start of the season to be considered for the Young Player of the Year award.