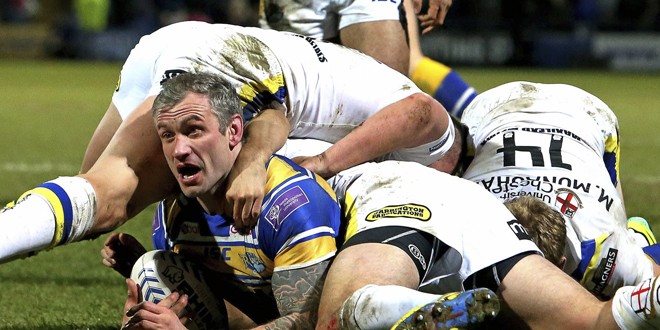 Peacock announced that 2015 would be his final season as a professional, bringing the curtain down on a career that began when he signed with Bradford in 1996.

However, Sinfield says it would shock him if Peacock stuck to that decision, saying he believes the 37-year-old could well carry on and go round again in 2016.

“There’s plenty of competition there (at the club), but I will go on record and say I will be very surprised if he retires at the end of this year,” Sinfield said.

“Not that he has said anything to me, but I know the kind of condition he is in and I think it would be very difficult for him to walk away if the fire is still burning – and I am sure it is.”

Sinfield was also in no doubt about where Peacock ranks in terms of Leeds’ signings throughout the summer era in Super League.

“He has been awesome. As a signing I think he has been the biggest and best signing we’ve made, certainly during my time.

“He is a great warrior and it has been an absolute pleasure to play alongside him.”