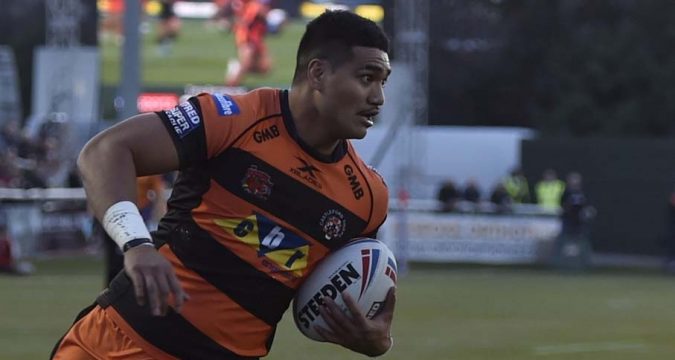 I didn’t enjoy our first Covid tests at all, in fact, it made me cry.

The Castleford boys had their first tests on Tuesday and it was absolutely awful.

We get a message from the physio for our time slots to come to training and get it done. We’ve got to park at an allocated spot for social distancing purposes and then you get your temperature tested.

Once we enter the gates we get told to wash our hands by one of the workers. You then basically wait until a worker is free.

When you’re in there, it isn’t pretty. They get a swab to do your tonsils five times each and then the same swab up your nose three times. I say it’s the same swab, I couldn’t really tell to be honest because I was crying after they’d done my tonsils.

I don’t know what I hated so much about it, but one minute I’ve got this swab down my throat and the next thing I know I was sulking.

The hardest thing about it is knowing that’s the new normality and that we’ll be doing it every week. Everything will be at late notice too as it’s based on their timing. We’ve got to fill out a questionnaire every morning too. It’s a long process, not just the testing, but there are things to do before, we’ve got to check our body temperature at home and then at the ground. It’s just weird.

But we’ve spoken as a group that things will pop up we’re not used too but we have to accept it for what it is. The hardest thing is dealing with things once we start playing, we don’t want it in the back of our heads.

But I think it’s time we start talking about rugby league. I’ve seen a few tweets from other players saying all we’re talking about is stuff off the field rather than on the field which is just bizarre and it is a problem.

We don’t even know what day we’re playing our first game yet. They’ve changed the rules around scrums but we don’t really know what’s replacing it. It’s tough to take because the players just want to play, I can’t wait to start playing and I’m sure every other player is the same. That’s why everyone is pushing for the pay cuts so hard, so we can start focusing on rugby.

It’s been in the press a lot for the last few weeks that pay cuts have been an issue and it was said over the weekend that we are one of the six clubs yet to agree on our cut.

I’ve spoken to our player representative and we’re moving things forward. We’re actually not too bad, we’ve spoken to our own club and things seem positive, but we know that we need to reach an agreement so we’re more comfortable before we go back to training. It’s important we do that and hopefully, we will join the clubs who have agreed to deals pretty soon.