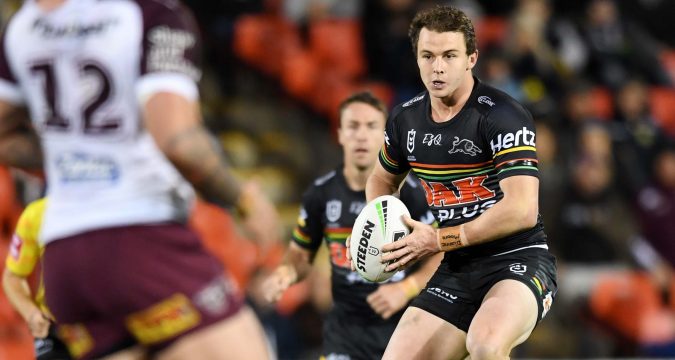 After James Maloney kicked a penalty to open the scoring, an excellent break by Liam Martin finished with Dylan Edwards crossing for Penrith. With the first half almost at a close, Maloney took an extra point with a shanked field goal.

The game was obviously lacking in quality but it did have its fair share of drama. Both Jarome Luai and Jack Gosiewski were sin binned for their part in a fracas before Tyrell Fuimaono was put on report for a high shot on Curtis Sironen.

Luai returned from the bin to assist Martin in Penrith’s second try. The halfback’s kick wasn’t dealt with by Brendan Elliot allowing Martin to grab it and score.

Manly finally got on the board with ten minutes to play after Cade Cust dummied, ran and passed to Manase Fainu. Then the Sea Eagles pulled even closer when Cust and Fainu swapped roles with the latter laying on the try for his stand off but the home side held on.

Full match reports of all four of this weekend’s NRL games will feature in Monday’s League Express.