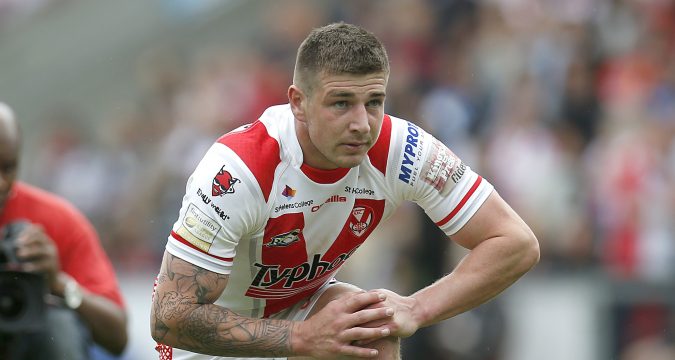 Mark Percival dismissed claims Castleford could bottle it on the big stage.

Percival’s St Helens side travel to Castleford for the first of the two semi-finals, with the Tigers strong favourites after cruising to the League Leaders’ Shield.

However, Wigan fullback Sam Tomkins recently questioned their ability to perform in knockout games, citing their Challenge Cup defeat to Hull FC as a weakness.

But for Percival, who was inducted into the Dream Team alongside six Castleford players, doesn’t believe that’s a fair comment.

“They went to Wigan a few weeks back and gave them a good hiding. I just feel like we’re trying to focus on us and getting our stuff right to give us the best possible chance of winning that game.

“It’s going to be tough, Castleford are Castleford, especially there, they’re a classy team and the best team all year. Hopefully we can get the job done.

“Everyone expects them to be there and probably think they should be there. Our aim is to have a big solid game and get the job done.”

Saints are just one of two sides to defeat Castleford at The Mend-A-Hose Jungle this year, however the England centre believes that works in their favour.

“Having that confidence we’ve done it before is in the back of your mind and gives you a small boost,” he said.

“But we can’t go thinking like that, we have to go there with a clean slate and get the job done.”