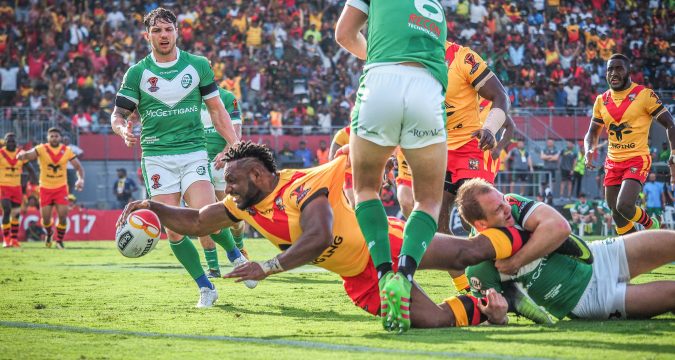 Papua New Guinea are waiting to learn the extent of an ankle injury picked up by star winger Garry Lo.

The Castleford-bound speedster limped off during their final group victory over USA, which secured a quarter-final bout with England.

Lo, who scored in the Kumuls’ victory over Ireland, was seen walking after the incident, boosting hopes he will be fit for the last eight clash with England on Sunday.

Following the game, head coach Michael Marum provided an updated on the injury.

“He came off with an ankle,” he said.

“The doctor is with him now so we will have a full medical report by tomorrow morning.

“He walked back out and onto the field with the boys after the match so he should be alright.”

Lo has enjoyed a superb 2017 campaign, having scored 38 tries in 30 appearances for Sheffield Eagles this year.