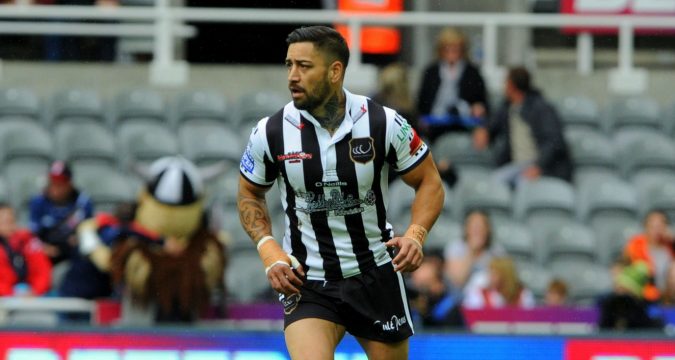 In the latest League Express Readers’ Poll, the taboo subject of recreational drugs is in focus.

Rugby League was at the centre of two major drug cases last week after Rangi Chase and Adam Walker both tested positive for cocaine.

The two players were suspended by their respective clubs and now face the prospect of a two-year suspension.

But in this week’s poll, we want to know what you believe the punishment should be for players found guilty of using recreational drugs.

Here are the five options.

1. They should be immediately suspended for two years

Current rules state that a player found guilty could be handed a two-year suspension.

Rules are rules at the end of the day, and it can also be argued that the sport has been brought into disrepute.

2. They should be suspended for two years, but only if they were tested during the season

Should a player be free to do what they want in the off-season?

As it stands, players are not tested in the off-season. Being a professional athlete is hard work, so when it’s the off-season, should players be able to have their own personal life to do as they please?

3. They should be suspended, but only for three months on a first offence?

Because everyone can make a mistake. Sometimes, a substance can be taken without knowing. So is there an argument that if they have no previous, a player should get a shorter sentence?

4. Given that recreational drugs are not performance enhancing, a player should be reported to the police, but should not be suspended.

Drugs such as cocaine do not help improve physical performance, therefore, should the use of them result in a suspension at all?

That said, it is illegal, so it could be debated that the matter should be sent to the police.

5. Given that recreational drugs are not performance enhancing, players should not be tested for them.

Given that recreational drugs do not benefit a players’ performance physically, should we be bothered what they do away from the field?

It makes for an interesting debate, but what do you think should happen? Cast your vote below.