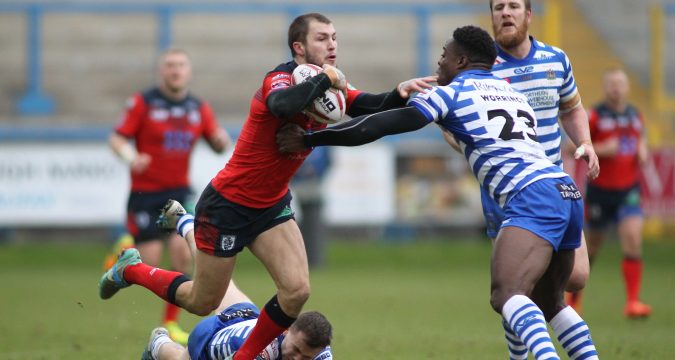 The Rhinos, who fielded a mixed side consisting of a handful of first-team stars, pushed the Championship side throughout and overturned a 14-0 deficit to lead going into the final two minutes.

The fullback bagged his brace in the first half and set up another in what was Saints’ final warm-up match before playing Castleford next week.

Leigh had gone 20-12 ahead just after half-time, largely down to the impressive Craig Hall, but Saints hit back and Zeb Taia’s late winner secured the win.

But former Leeds winger Luke Briscoe scored in the 79th minute to secure the victory.

Full match reports will be in the new League Express on Monday. Get your online subscription at totalrl.com/le.