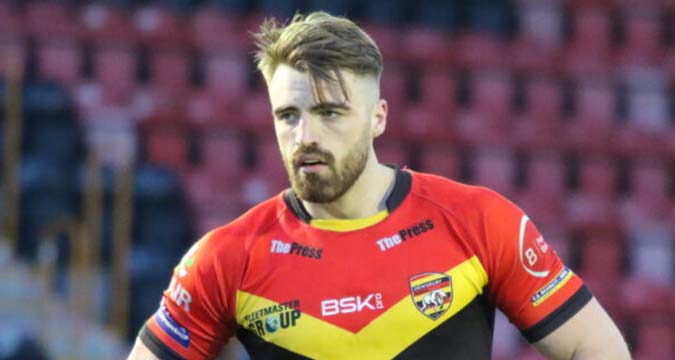 HULL KR have signed Dewsbury prop Tom Garratt on a two-year deal to start next season.

The Championship club have received an undisclosed fee for the 6ft 5in 26-year-old, who joined from Siddal ahead of the 2020 campaign.

Former Huddersfield junior Garratt was in the Rams squad for last night’s Heavy Woollen derby at home to Batley.

Rovers coach Tony Smith said: “We’ve been really impressed with the form he’s been in. He’s really stood up to a lot of rigours of the Championship and stood out.

“He’s a big strong, ambitious young man with some maturity. Probably in his prime for a prop.

“Tom feels he’s ready for the full-time environment and wants to throw everything into becoming a full-time player and fulfilling his ambitions.

“He’s the right mould of what we’re looking for, to give us more depth and more go-forward.

“I can’t see any reason why he won’t be a success at Super League level, we’ve identified that in his ability but also in his ambition and his drive.

“I’m really excited about the addition and what Tom’s going to bring to us.”