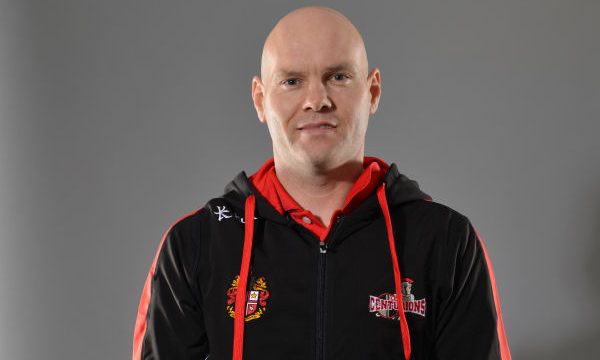 Leigh Centurions have named Kieron Purtill as the club’s head coach on a permanent basis following a successful spell as interim coach.

The Centurions have enjoyed a stunning revival under Purtill which has seen them win their last 11 games, a sequence of results that has moved them within two points of the Championship’s top four and into the Challenge Cup quarter-final.

The former Leigh captain took over following the resignation of Neil Jukes early in the season.

Leigh Centurions owner Derek Beaumont said: “It has been a very difficult time at the club with the start we had and it has certainly tested my resolve. There is still a long way to go but I feel it is an appropriate time to make it known that I have no intentions of appointing a coach other than confirming Kieron Purtill in the role.

“I haven’t been actively seeking a coach for some time as I have been satisfied with Kieron’s performance and the feedback I have received from the senior players alongside the results on the pitch. I sat down with Kieron after Neil’s departure and told him it was a results driven business and he would be given a fair chance at it.

“As with Jukesy, Kieron has earned the title of Head Coach and when watching the game against Salford and hearing him referred to as caretaker I didn’t feel that was right and thought it was disrespectful to him when I have no intentions of replacing him in the role.

“Kieron has done a terrific job to stabilise the club and get it where it deserves to be. Saturday’s win at Featherstone was an important win and a very tough result to achieve and it is only fair that Kieron takes the boys to Blackpool to face Toronto as the rightful Head Coach of this Club. His loyalty, work ethic and morals are of the highest order and his passion is there for all to see.

“I also would like to place on record the recognition of the hard work, support and passion of Paul Anderson in assisting Kieron.”

Purtill added: “I’d like to thank Derek for giving me this opportunity as it is a huge honour to coach Leigh Centurions and one that means a lot to me on a personal basis.

“We have worked hard as a group and I am really pleased for the players and staff as my appointment is recognition of their efforts.

“I’d also like to thank the fans for their tremendous backing which means so much to us all.

“We all are aware that we are nowhere near where we need to be but we will continue to do our utmost to continue the progress we have made with the ambition of taking our Club back into Super League.”