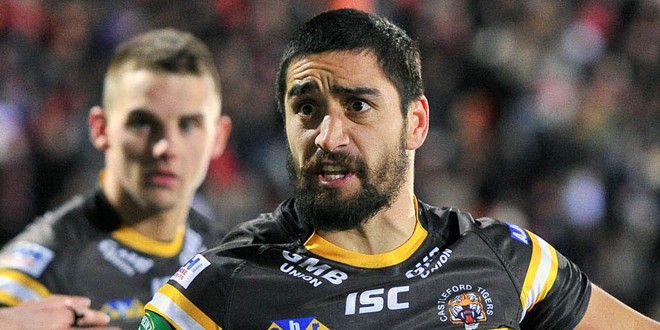 The New Zealand-born playmaker, 27, qualifies to play for England on residency grounds despite having made appearances for New Zealand Maori in 2010.

At the World Cup, he was picked ahead of Danny Brough and looked far from his best. Whether that was the pressure of international football, a lack of form, or the tactics employed by coach Steve McNamara, we’ll never know.

What we do know, though, is that Chase is going to have a long think if selected for his adopted nation again.

“I am not too sure if I want to play for England again to be honest,” said Chase.

“Every time I play for England people are looking for excuses and I’m always getting criticised.

“All my flaws get highlighted and it’s more draining than anything for me because of that situation.

“Outside of the England group, I still do not feel accepted as either part of the team or the country.

“I have genuine reasons to play for England but some people just go on about the same things and it’s pretty draining.

“I will just focus on Salford, not England, because these are exciting times for the club.”

Do you agree with Chase’s attitude? Should professional sportsmen have thicker skin? Let us know your thoughts by commenting below. And if you’re still undecided on Rangi’s skill, like many of our forum members, give the below video a watch. It is sure to change your mind.