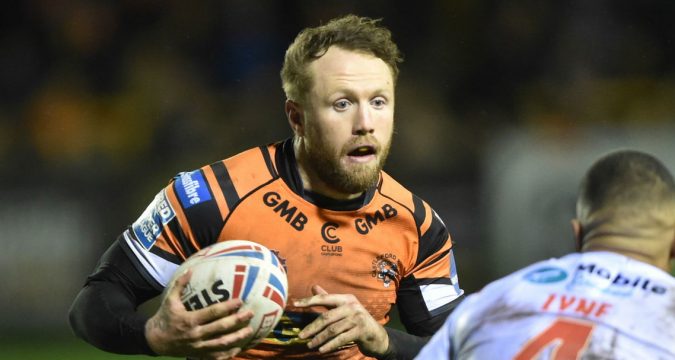 The Australian is set to return home to Australia this week and will not return to Castleford when the season gets back underway.

The Tigers did not stand in the way of the 28-year-old, who will be replaced by Niall Evalds next season.

Since joining the club in a swap deal last year, with Joe Wardle heading to Huddersfield, Rankin’s form has improved considerably and he became one of the Tigers’ key performers by the end of last season.

Ironically, his most memorable moment in a Tigers jersey will perhaps involve the man who is set to replace him, when the Salford fullback cover-tackled him into touch after he broke from deep in the play-off game between the two clubs at the AJ Bell Stadium last September.

With Evalds set to take his place next season there has been some speculation that the Tigers may make a move to sign him before the season resumption, but League Express understands there has been no contact between the two clubs about that possibility at this stage.

Meanwhile, Castleford head coach Daryl Powell has said he hopes players will be able to return to training in the near future.

“I am hoping that we can start to get our players training in the next month or so and working towards the restart of our season as soon as we can in a safe way,” he told the club’s official website.

“It looks like the games will be played initially behind closed doors. No doubt this will be a difficult situation, as we are used to a fair few thousand of you guys cheering us on. We need, though, to get back to doing our jobs and give you all something to smile about and we cannot wait for that to happen.”