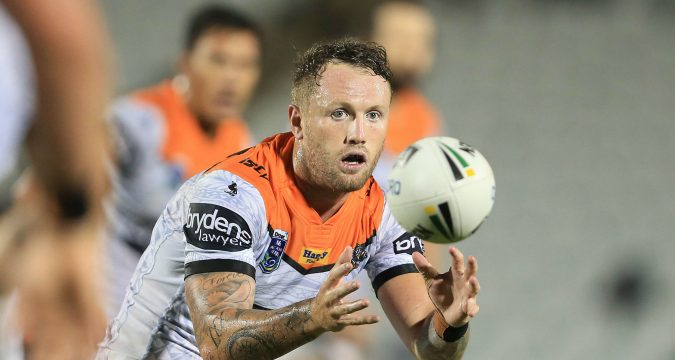 New Huddersfield Giants signing Jordan Rankin has revealed that the lure of showcasing his talents with the Giants was too good to turn down.

Huddersfield confirmed the capture of the 25-year-old last week on a deal until the end of the season. Rankin joins the club from Wests Tigers, where he struggled to establish himself this year after spending the majority of 2016 on the wing.

However, ahead of his impending arrival in West Yorkshire, which Rankin is hopeful will take place this week, he told League Express that he was keen to showcase his talents and help the Giants continue their recent revival.

“The opportunity came up for the end of this year,” he said. “It was a good opportunity to showcase what I can do. I took the risk to come over and back myself on the field.

“You want to feel you are part of something moving forward. Last year I played on the wing, which isn’t where I prefer to play, but I had the chance to play first grade every week.

“I tried to earn a spot every week, but that wasn’t the case this year. Coming back to England and Huddersfield is a great move for me, I’ve spoken to Rick Stone and he is taking the club forward.”

Rankin revealed that he had been aware of Stone’s career since his young days, having acted as a ballboy while Stone was coaching the Burleigh Bears at the start of his coaching career.

“I didn’t know Rick well before speaking to him a couple of months ago,” he said.

“He coached on the Gold Coast while I was growing up. He progressed from the Gold Coast to Newcastle and Fiji too. He coached the Burleigh Bears and I was the ball boy for the Grand Finals, when I was eight or nine years old. I remember it like it was yesterday.”