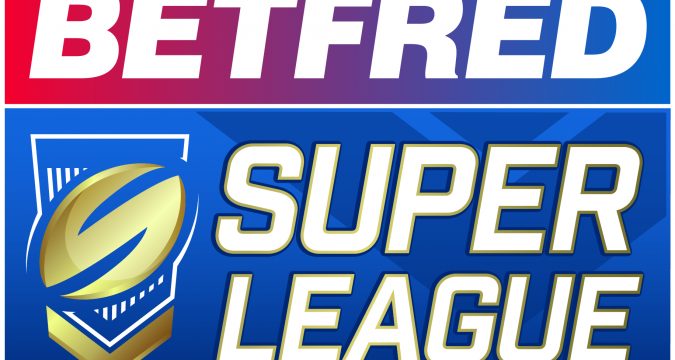 Forget trophies, when it comes to bragging rights, there is only one thing that matters – and that is fashion.

As the season draws ever nearer, all 12 Betfred Super League clubs have now revealed what they will be strutting their stuff in for the 2017 campaign.

The season might still be weeks away, but we have already come to a decision on what is the most defining factor in every club’s season – their appearance.

Given some of the outfits that are on show at TotalRL HQ every day, we are perhaps not the best people to be deciding this, but after extensive debate, we can reveal which club takes the fashion award for 2017.

Here are our rankings in club order.

After last season’s classy kit, Cas had a tough task on their hands in replicating that success.

But this isn’t a bad attempt at all. The same colour schemes have been applied, but with a thicker, more rigid vee on the chest.

It’s not a bad kit, and Cas will be confident they can do the business in both jerseys next year.

The French, stereotypically, reckon they’re quite a fashionable bunch.

On this evidence, it is very difficult to disagree with them.

The Dragons have once again put their peers to shame with two stunning designs that you’d most probably take to bed with you.

Only Catalans could have a big, scary dragon splashed across the front and pull it off. As for the home jersey, irresistible. Last year, we gave Huddersfield a bit of criticism for their home design, because it was just too generic.

However, we are giving them no criticism for this year’s attempts, after pulling off a superb home jersey and solid away number too.

The predominantly claret home shirt with trim gold and white hoops looks fantastic, and the white away strip is crisp too.

With the Giants now getting round to bulking their squad, 2017 might not be so bad after all. The Challenge Cup winners have gone for an experimental approach, with two kits that are much different from their usual jerseys.

They have stuck to tradition with the black and white hoops, but added a modern twist, with the thin, black stripes complimenting the white hoops.

Meanwhile, the away kit is, er, eyecatching.

Best described as high-vis jacket yellow in colour, stewards around the Super League grounds best order a batch of orange jackets for when Lee Radford’s side come to town. There’s nothing wrong with something a bit different, but their predominantly amber jersey might just be a bit too far away from tradition for some people’s liking.

But NOTHING can be said of Leeds’ heritage strip, which is nothing short of sensational.

Their classy kit is a thing of beauty, so much so that we’d even wear it on a night out. In their first season back at the top table, the Centurions have opted for a simplistic, traditional jersey.

Although somewhat predictable, the jersey is still smart in appearance and the Centurions won’t look out of place.

After last year’s ambitious kit, Leigh fans might be happy to see something a bit closer to the norm this year.

Salford tend to play about with their jerseys, and this year is no different.

It does mean, however, that they don’t always hit the right notes when it comes to their attire.

All in all, it’s just a bit bland, and although the white and yellow hoops add a bit of colour, even they look odd.

We’ll save full judgement until the club reveal their away shirt, which will apparently impress.

Saints have been on the ball for a number of years now in the fashion department.

This year they provide us with another strong outing, although it’s up to debate whether this is one of their better attires over recent years.

The traditional red vee is striking on the home jersey, although the red shorts are a bit of an eye-sore. As for the away kit reaction on social media suggest that it has split opinion. OK, so the home shirt is nothing to write home about. The away kit, however, is in contention to be the best jersey in the whole of Super League next year.

A stunning grey and blue design is near perfect. Chris Chester revealed in a recent interview with League Express that shirt sales are through the roof at the club, and when they’re as good as this, it’s easy to see why. The Wolves went above and beyond with their fashion efforts last year, and although this year’s efforts are still strong, it was going to be hard to top their 2016 attire.

They have resorted back to a simplistic home design, while the away kit is also crisp.

One good kit is difficult enough to produce, but two? That’s asking a lot.

But any Widnes fans still grieving following the loss of Kevin Brown would feel instantly better if they did some retail therapy and bought either, or both, of the club’s new jerseys.

The Vikings have well and truly delivered with two brilliant kits to be proud of. A superb effort. The Warriors have never been scared to try out different designs for their kit, who could forget last year’s eye-catching alternate kit?

This year is no different, with a smart home kit and a Croatia-inspired away strip that has got people talking once again.

Both jerseys have split opinion, but the Warriors will be keen to showcase them on the biggest stage possible in 2017.