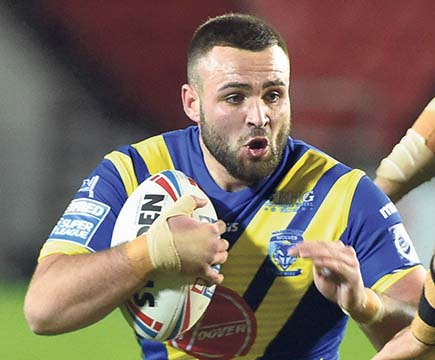 But the 22-year-old is having to be patient over his Red Devils debut, after Covid issues forced the postponement of matches against Wakefield and Hull.

Robson, who has made seven appearances for Warrington, including the recent 44-18 home win over Leigh, has already spent time on loan at Widnes and Bradford this season.

Salford should have played Wakefield at home on Thursday and Hull away on Monday (July 5).

But two players returned positive Covid tests, and others were forced to isolate.

Richard Marshall’s side, who have won just two of eleven Super League games this season, are scheduled to visit Castleford on Sunday.

Meanwhile, Australian winger Ken Sio is being linked with a move away from the club for next season.

The 30-year-old, who is out of contract this year, has been in impressive form.

Sio played for Parramatta Eels, Hull KR and Newcastle Knights before joining Salford in 2019, and has topped 100 career tries.

He played in both the Super League Grand Final defeat by St Helens in 2019 and helped the Combined Nations All Stars beat England at Warrington last month, scoring two tries in a 26-24 win.