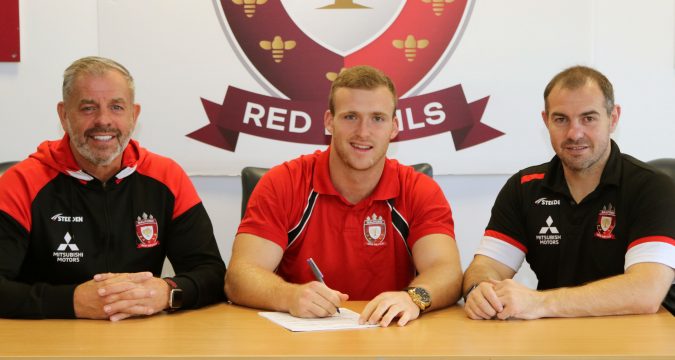 Salford Red Devils have retained the services of hooker Joey Lussick on a two-year deal.

Lussick joined the club in transfer deadline week and played a key role in the club retaining its Super League status during the Qualifiers.

And as revealed by League Express last month, Lussick has now agreed to extend his stay with the club for a further two years.

“Since I arrived here in The Qualifiers it’s certainly been interesting but the club from day one has been amazing and all the boys have been brilliant too,” he said.

“I’m delighted to continue my future here at Salford Red Devils for the next couple of seasons. There’s a seriously friendly atmosphere around this place that makes you want to stay.”

Head coach Ian Watson added: “We are really pleased to announce the retention of Joey. He’s been a massive lift alongside Jackson.

“He gave us some real good organisation and has been pivotal to the spine’s success in the Qualifiers in achieving the top of the league and best defensive record.

“He’s been a mainstay for us after the loss of Josh Wood through injury, and his ability to be able to play a quality eighty minutes has given us even more options.”