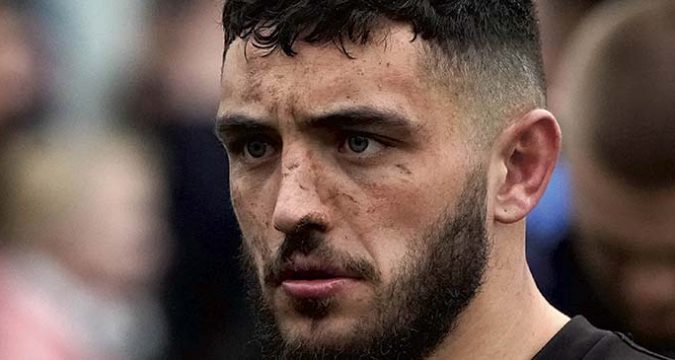 Dec Patton is set to be given a Super League opportunity with Salford Red Devils.

League Express understands the halfback, who was released by Warrington at the end of the season, will sign a short-term deal with the club.

The 25-year-old is set to be the final piece in the jigsaw for new Red Devils coach Richard Marshall, who told League Express last week that he was keen to secure another option at hooker.

Patton found himself used off the bench in the later years of his Wire career, while also stepping in at halfback, but he fell out of favour with Wolves coach Steve Price and wasn’t offered a new contract.

Earlier in his career, Patton had been linked with a lucrative move to Hull Kingston Rovers under their then coach Tim Sheens, but he opted to stay with the Wolves.

At Salford Patton will provide competition for places in the spine of the team, alongside Kevin Brown, Tui Lolohea, Chris Atkin and Andy Ackers.

Salford had used all of their quota spots, leaving them searching domestically for a reinforcement at halfback and hooker.

Halifax’s Brandon Moore is believed to have been on their radar after an impressive spell in Super League with Huddersfield. The Cumbrian had been unearthed by Marshall during his time with Fax, but he is set to continue his career with the Championship club.

Patton, who worked with Marshall at England youth level, burst onto the scene with Warrington in 2015 and a year later played, and scored, in the 2016 Super League Grand Final.

He has gone on to play in four major finals, winning the Challenge Cup in 2019 against St Helens as he made 31 appearances for Steve Price that year.

However, with the Wolves’ recruitment of Gareth Widdop prior to last season, the 2020 season saw him restricted to just four appearances before being released from his contract.

Both players were already contracted for the 2021 campaign, but have now been secured until the end of the 2023 season.

Johnson and Lannon both started their youth careers at Salford and rejoined the club during the 2019 season.

“These two players have already impressed me with their attitude and commitment to the club,” said Salford coach Richard Marshall.

“They bring a lot to the team, especially in defence, so extending their contracts will bring some stability there.

“Both were involved with the club as youth players too, so hopefully seeing them continue to succeed at the elite level can help inspire some talented youngsters.”