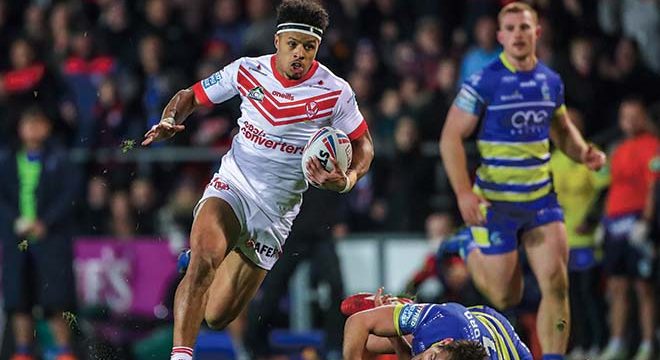 St Helens dominated throughout and kept Leeds scoreless to record a landslide victory at Headingley.

Leeds made four changes to their side that faced Huddersfield, with James Donaldson (back), Robert Lui (ankle), Richie Myler and Konrad Hurrell (hamstrings) all injured. Saints were without Mark Percival (hamstring) so Matty Costello started at centre, while Joe Batchelor was rested and replaced by Matty Lees on the bench.

The first two scores came for Saints within 15 minutes, both of which were as a result of damaging runs. James Graham collected a short ball from Theo Fages to power his way over, while Alex Walmsley carried himself, Cameron Smith and the ball over the line.

Their domination continued as Saints stacked up numbers on their right and allowed Tommy Makinson enough space to dot the ball down.

Regan Grace scored Saints’ next three, two of which were after the break, to secure a stunning hat-trick. He evaded tackles and raced away for the length of the field in his first and third efforts, while his second score came in the form of a sublime put-down out-wide.

Unfortunately, Leeds were mauled even further in the final quarter with their seventh and eighth scores respectively. First, Alex Walmsley broke the line and found Theo Fages in support, while Lachlan Coote collected James Bentley’s pass to cross for a well-deserved four-pointer.