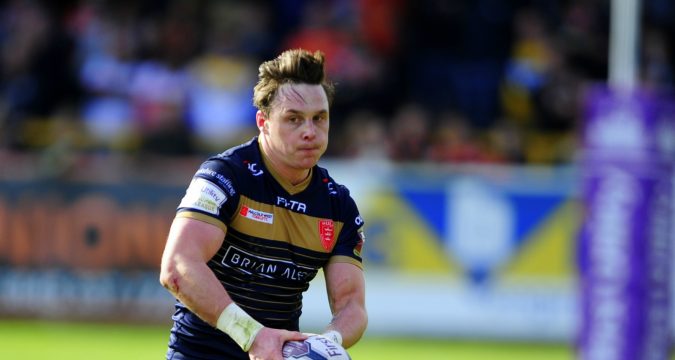 A full report with reaction will appear in Monday’s League Express. To get your copy when it hits digital newsstands on Sunday night, click here.

Debutants Adam Quinlan, Jamie Ellis, Danny Addy and Andrew Heffernan all scored on their first appearances for the club, with Heffernan perhaps the standout performer for the Robins on a hugely productive afternoon for KR ahead of the start of the new Championship season.

The Robins never once fell behind, leading after Quinlan’s 14th-minute try and going in at the break 14-6 up after further tries from Ellis and Addy, with Hull’s response coming from former KR half-back Albert Kelly.

A youthful Hull side were ultimately no match for a much stronger Robins side, and KR ran in five more second-half tries to emerge victorious, with the returning David Hodgson, Heffernan, Will Oakes and George Milton all crossing.

The defeat means Hull have conceded 82 points in their two pre-season games to date.