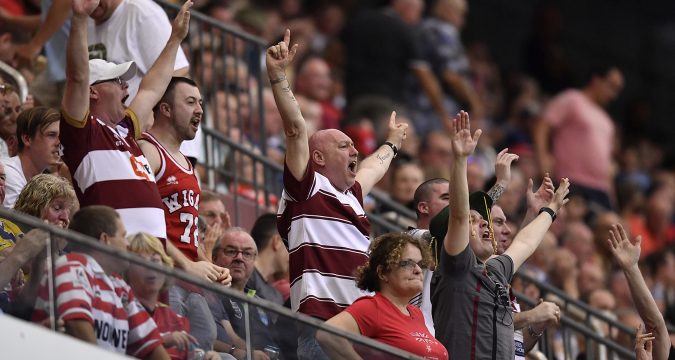 Rugby league supporters have been branded as the booziest in the UK.

A survey by GolfSupport.com set out to find out which sports fans drank the most alcohol at live games.

And rugby came out on top, with a staggering 82% of supporters admitting they will consume alcohol during a match.

The figure was narrowly higher than football, with 80% of spectators likely to hit the booze, with cricket third highest at 69%.

2,250 people were surveyed as part of the investigation, with both codes of rugby being combined in the results.

However, the report found that darts and horse racing fans would drink more than their rugby counterparts, averaging a staggering 4 and a half drinks an hour, while rugby fans would drink just under four every 60 minutes.

Beer was found to be the most popular beverage within the game.