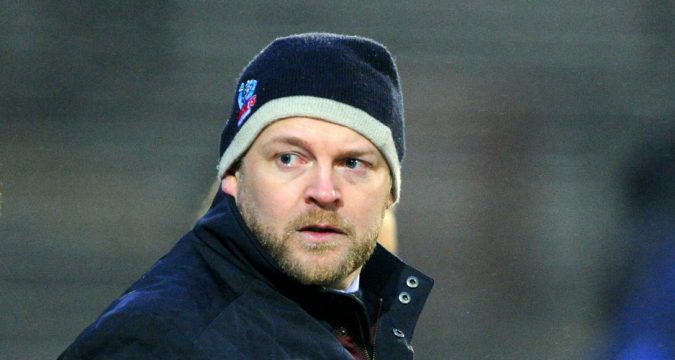 Rochdale coach Alan Kilshaw has come out fighting at the end of a turbulent week for the club – saying reports of their death have been exaggerated following the majority of the club’s players agreeing to take a pay-cut.

The Hornets announced late last week that they were working with their playing group in regards to a resolution to the matter, following the club’s announcement there was a forecast deficit for 2018.

However, Kilshaw insists that matter has been resolved and the club are ready to go for the new Championship season.

He said: “Reports of our death are a little bit exaggerated. We had a difficult week last week but all credit to the players and the support staff – they came up with a resolution and the players have been really mature about it.

“We had a couple of meetings and our training wasn’t impacted, they trained really well and showed some good qualities. It’s through no fault of anyone at the club now, just a bit of mismanagement in the past.”

Kilshaw admits he is likely to lose a couple of players as a result of the financial cutbacks – but he insists the situation could have been far more severe just three weeks before the big kick-off.

“I had a lot of messages from other coaches and on the whole, everyone is supportive of the club and the players want to put it behind us, wipe the slate clean and the preparation for the season continues.”

Kilshaw’s side begin their pre-season campaign tonight in a rearranged game against local rivals Oldham – and he admits he’s looking forward to finally see his side get back playing.

He said: “Everyone’s ready to get out there and play after the week we’ve had. We’ll be ready, we’re making a lot of changes throughout the game because we’re playing on Saturday too but that’s what the friendlies are there for, to give everyone a game. There’ll be a lot of enthusiasm from both sides I think.”