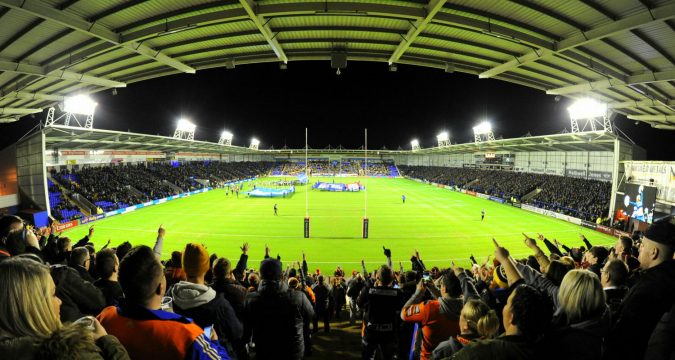 In a restructuring of the club’s board, Middleton, who has invested over one million pounds since becoming a director, will take over from Professor Steven Broomhead.

Stuart Middleton (above) will take on the role of chairman and Professor Steven Broomhead, who has held the position for the last nine years, will revert to vice chairman. Middleton has pledged to contribute another seven-figure fee over the next four years after taking on the new role.

“I am honoured to become the chairman of Warrington Wolves, the club that I have supported most of my life and that I care passionately about,” Middleton said.

“It’s not all about the status but more about making a difference, ensuring that we have financial security, a strong and robust business plan with success ingrained in our culture and ethos. A winning attitude starts at the top and filters down.”

Broomhead added: “Stuart and I have worked very closely over the past two years alongside the board to drive forward the ambitions of the club. After nine years as chairman, I believe it is the right time for Stuart to take on the leadership of the board and I will continue to support him as his deputy.

“Stuart is a very astute and successful business person as well as being a lifelong fan and I know his passion for success will be infectious on and off the field within the club.”