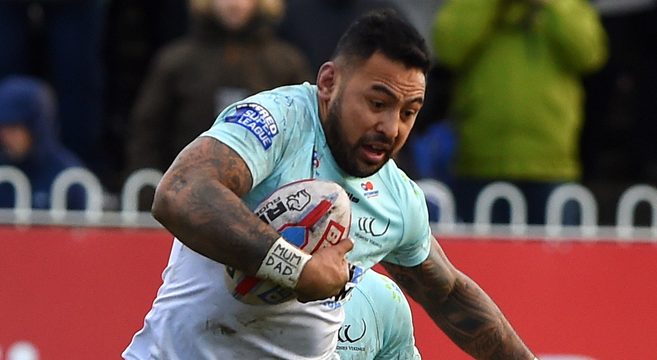 Toulouse Olympique stunned Championship favourites Leigh Centurions as the French full-timers came from 20-6 behind to win 32-26 despite Eddy Pettybourne being sent off before half time.

London Broncos continued their 100% start to the season with an impressive 47-16 defeat over the previously unbeaten Toronto Wolfpack.

There was also home wins for Batley Bulldogs, Dewsbury Rams and Featherstone Rovers while Halifax picked up a narrow victory at Rochdale Hornets.

No amateur clubs progressed in the Challenge Cup as Distington, Myton Warriors, Oulton Raiders and Featherstone Lions were all knocked out.

There was heavy wins for Bradford Bulls and Newcastle Thunder against fellow League One opposition to make it into the round four draw.

More details from all of these games will feature in Monday’s League Express.