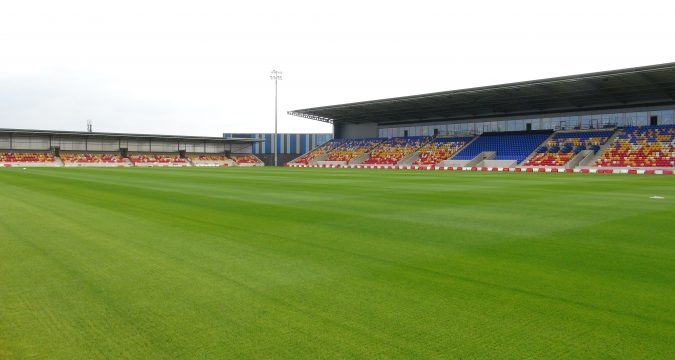 Danny Washbrook found himself in an unusual position when the Championship ground to a halt last spring.

The York City Knights man had been acclimatising to his new club for what he expected to be the last campaign of his career in Rugby League – and then he suddenly found himself with the longest off-season of the modern era, thanks to a once-in-a-generation pandemic.

“I would have probably retired at the end of last year if we’d actually played,” he admits.

“Obviously, we only played five games. Having the best part of a year off, your body heals up. It’s not used to that! Normally I just get two months as a maximum to feel normal again.”

Washbrook, one of the British game’s unsung stalwarts of the past twenty years – he has notched up a triple-century of Super League appearances since his debut in 2005 – will therefore go around one final time in 2021, as the Knights look to pick up where they left off and mount another credible Super League push.

But before then, the 35-year-old will have the chance to warm up with one final runout against the club with whom he made his name and won two Challenge Cups, when York welcome Hull FC on Thursday evening for a pre-season game at the Knights’ new LNER Community Stadium and he is relishing the chance to start his send-off against them and he is delighted to be moving to a state-of-the-art venue that befits the club’s ambitions.

“At Hull we got to play in one of the best in the KCOM Stadium. But by all accounts, this is going to be top quality and it’s just what the club needs.”

And Washbrook is ready to do just what it takes as York eye the biggest prize on the table in promotion to Super League. Having delayed his retirement, he’s determined to end on a high note after the pandemic disrupted his plans last year.

“I didn’t really want to bow out with a whimper. Five games and not really much to show for it didn’t seem like the right way to end,” he says.