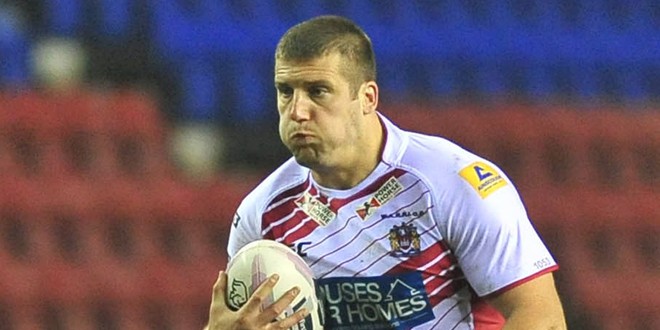 The RFL has issued the detailed rationale for the decision of its Disciplinary Panel, chaired on Tuesday by His Honour Judge Guy Kearl QC (reported here), to ban Tony Clubb for racially abusing Hull FC player Andre Savelio.

DETAILS OF CHARGE / REASON FOR NF:

Law 15.1 (f) Use offensive or obscene language – Verbal abuse based on race, colour, religion, gender, sexual preference, disability, national or ethnic origin or any other form of Unacceptable Behaviour or Language Grade F

Use of language in the 15th minute

SUMMARY OF CM’S SUBMISSIONS ON THE CHARGE / EVIDENCE:

Following a Match Review Panel meeting held on 3rd May 2021, you are charged with misconduct for a breach of Law 15.1(f) during the above Match. The Panel reviewed an incident which occurred in approximately the 15th minute of the above Match. In the Panel’s opinion you have used unacceptable language based on national/ethnic origin towards an opponent by stating “you stupid Polynesian c***”. The Panel believed that your actions were entirely unnecessary, serious misconduct and bring the game into disrepute. In accordance with the RFL’s On Field Sentencing Guidelines, the Panel consider that such offence is a Grade F offence (Use offensive or obscene language – Verbal abuse based on race, colour, religion, gender, sexual preference, disability, national or ethnic origin or any other form of Unacceptable Behaviour or Language). The normal suspension range for such offence is from 8 matches plus.

SUMMARY OF PLAYER’S SUBMISSIONS ON THE CHARGE / EVIDENCE:

Player in attendance alongside Kris Radlinski (Executive Director) and Tom Fitzpatrick (Education & Welfare Manager). KR informed the tribunal that the player could completely deny that he had said anything, however, he has admitted that something was said. The player did not use the words that he is accused of and is adamant he did not say it. He has not deviated from his story since the incident happened. Mr Savelio has used social media to comment on the incident and they feel that this has led to some pre-judging of the player. He has remained silent on the allegations made in the on-line post. TC talked the tribunal through the incident and explained the words that were then exchanged between the pair. This went as follows: TC: “this is too easy” AS: “bro I will bang you, you fat c***” TC: “who the f*** are you, you silly c***” AS: “bro just run it straight in” TC: “you silly c***, you’re from Warrington. You’re not Polynesian you c***”

You are charged that in about the 15th minute of the Super League match between Wigan and Hull FC on 29th April, you used unacceptable language towards Andre Savelio based on his ethnic origin by calling him a “Stupid Polynesian C***.” You have denied the use of this language. We have heard evidence from Andre Savelio, we have also read the on-field report from the referee to whom the compliant was made by Mr Savelio after this incident, and we have heard the report to the Match Commissioner made after the match. The complaint is that Mr Clubb called Mr Savelio a “stupid Polynesian c***”. There is no doubt that to do so would indeed be an unacceptable use of language based on his ethnic origin. On the other hand we have heard the account provided to us by Mr Clubb together with character references provided by Kris Radlinski, Sean O’Loughlin, Adrian Lam, Thomas Leuluai and Darrell Goulding. It is clear to us that no one else heard this comment. However, it is equally clear that this exchange was a very heated one during which there was a verbal exchange between Mr Clubb and Mr Savelio and a coming together on the field. That much can be seen from the on-field footage. The question for us to determine was whether the words alleged to have been said, were spoken. We have listened to both players accounts and borne in mind their reactions to this event both at the time, during the game and later when the complaint was made and responded to. It is of note that in his statement and in his evidence before us Mr Clubb accepts that there was an angry verbal altercation and that he did use the word “Polynesian” but says that it was in a different context, namely that he called Andre Savelio a silly c*** saying that he was from Warrington and was not Polynesian. We are concerned that Mr Clubb would raise the fact that Mr Savelio is of Polynesian descent in any context whatsoever unless it was intended to be in some way ethnically offensive. In short we do not find that Mr Clubb’s explanation makes sense to us. We have considered the evidence of both players and the circumstances surrounding the allegation and find that we are reasonably satisfied, taking into account the seriousness of the charge, that the words were said, albeit in the heat of the moment, but nevertheless were said. They do constitute unacceptable language based on his racial and ethnic origin and therefore we find that this was serious misconduct which has brought the game into disrepute.

SUMMARY OF CM’S SUBMISSIONS ON THE APPROPRIATE SANCTION

• Incident placed On Report by the Referee. • MRP reviewed the evidence provided from Mr Savelio to the Match Commissioner and the subsequent follow up statement from the player and were satisfied that Mr Clubb should be charged with verbal abuse based on national or ethnic origin in line with the On Field Sentencing Guidelines • On the footage, Mr Savelio and Mr Clubb can be seen to exchange words after a tackle • There is no immediate complaint by Mr Savelio at the time however he raises this to the attention of the Referee later in the half • Mr Savelio is very clear in his evidence to both the Match Commissioner at the end of the match and in his written statement that Mr Clubb called him a “stupid Polynesian c***” • Verbal abuse based on race/ethnic/national origin of an opponent is unacceptable and has no place in the sport of Rugby League or society • The MRP believe Mr Clubb’s actions bring the game into disrepute • As such MRP had no option other than to issue a Grade F charge • The MRP reiterate the charge relates to the words used. Not the character of the person

SUMMARY OF PLAYER’S SUBMISSIONS ON THE APPROPRIATE SANCTION

TC addressed the tribunal and reiterated that he was not racist and believes AS is wrong with what he heard him say. He has been truthful and honest and admits to using “Polynesian” and “c***” in the exchanges. He has a good previous record over a long career.

Rugby League prides itself on being a family game with a zero tolerance towards unacceptable language and behaviour. All are aware of the efforts made in the Tackle It campaign. We are also aware that we must send a strong message that this will not be tolerated in Rugby League. On the other hand we have considered the character references placed before us by Wigan Warriors from those who know him well at the club. We do not find that he is a racist, simply that on this occasion he used unacceptable language in the heat of the moment. We have therefore reduced the penalty to take account of his character and good disciplinary record to a suspension for 8 matches and £500.00 fine.